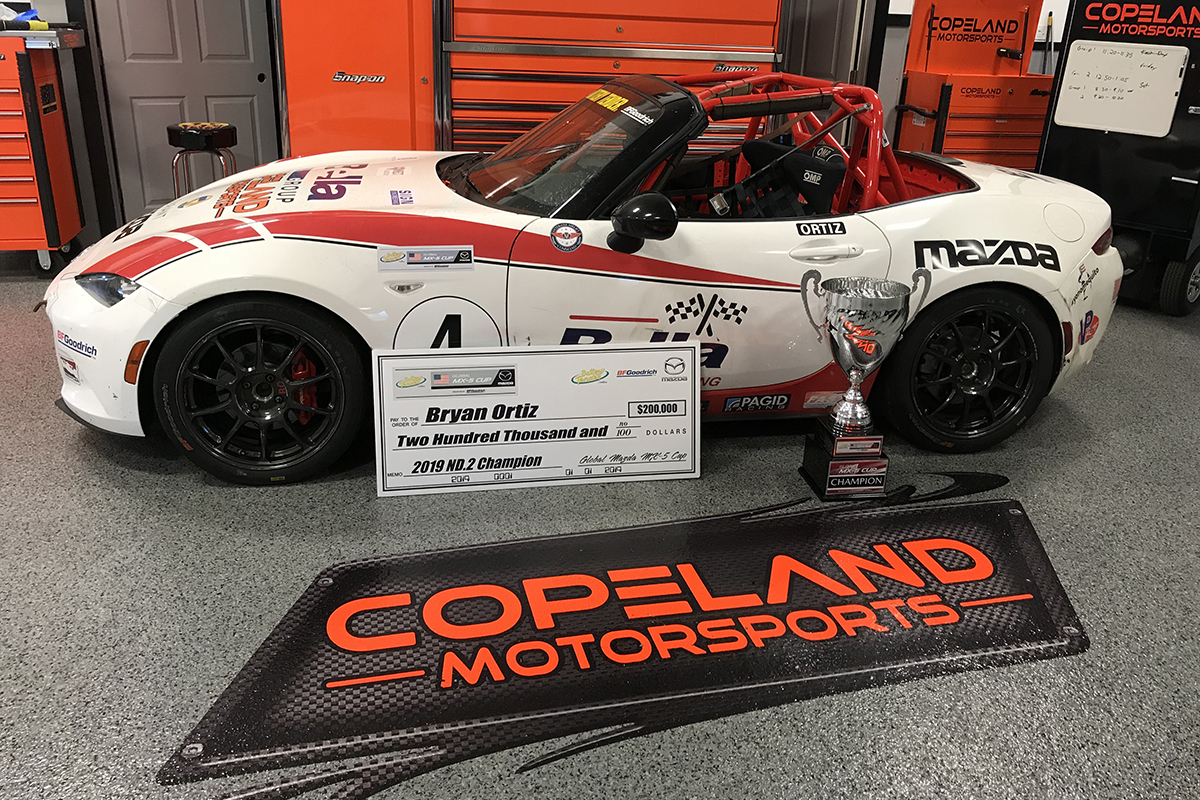 Claiming the Battery Tender Global MX-5 Cup Championship Presented by BF Goodrich Tires with Bryan Ortiz as well as the Rookie of the Year honors with Michael Carter, Copeland Motorsports is looking to repeat in 2020. With five drivers confirmed for the Global MX-5 Cup Championship, the East Coast race team is looking to add at least one more seat for the upcoming season.

Five drivers are confirmed for the Copeland Motorsports Battery Tender Global MX-5 Cup Championship Presented by BF Goodrich Tires with driver announcements on the horizon. With the ability to run a sixth car, Bryan Ortiz’s championship winning ride from 2019 is now available.

“We purchased Bryan’s championship winning car from 2019 as we wanted to keep it in the family,” explained Dean Copeland. “We are looking to run a sixth driver and continue to put our maximum effort towards a repeat performance in 2020. Whether that driver is a rookie or a race winner, I am confident that we can bring them to the top of the charts and provide instant success.”

Scoring multiple race wins, two of three steps on the championship podium, the series championship and the Rookie of the Year award, Copeland Motorsports is your team of choice for the Battery Tender Global MX-5 Cup Championship Presented by BF Goodrich Tires.

With the calendar set to turn in only six short weeks, the opportunity to be part of a race winning program and championship caliber team is now. Interested drivers are asked to contact Dean Copeland.