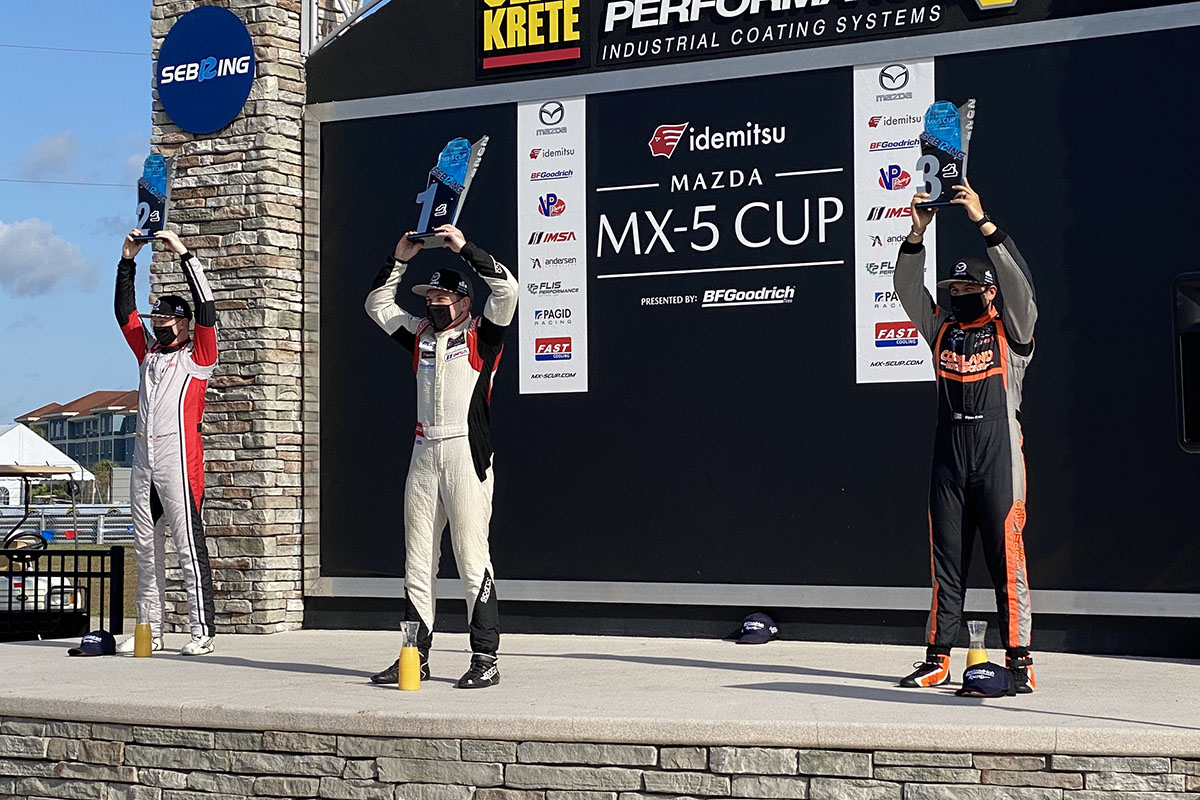 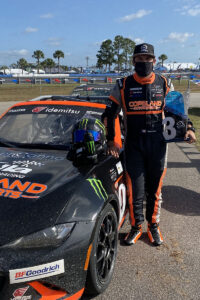 Taking on the Sebring International Raceway during the famed Mobil 1 – 12 Hours of Sebring race weekend, Copeland Motorsports would bring a trio of drivers to rounds three and four of the Idemitsu Mazda MX-5 Cup Presented by BFGoodrich. Closing the week with a podium result and two drivers in the top-ten in race four, it was 2019 Series Champion Bryan Ortiz that led the way and scored the team’s first podium result of the 2021 season.

“Congrats to Bryan and the entire team,” explained Dean Copeland. “We have worked tirelessly to make sure that we could get our way back to the front of the field and the increased focus on only three drivers this weekend has allowed us to do that.”

After a 12th place qualifying effort on Thursday and a 13th place finish later that day, the Copeland Motorsports crew went to work overnight in preparation for Friday’s round four. Taking to the track early in the morning, Bryan Ortiz rocketed his way to the pointy end of the field and eventually earned a third-place result, the first podium finish for both him and Copeland Motorsports in 2021. En route to the podium finish, Ortiz scored the third fastest lap of the race, outpacing the eventual race winner by over three tenths of a second.

Luca Mars was the Copeland Motorsports driver with the next best result and after qualifying eighth on Thursday, he failed to finish round three as contact forced him to the sidelines. Repairing his Mazda MX-5 for Friday, Mars was able to advance forward from his tenth place starting position to put a pair of Copeland Motorsports drivers in the top-ten to finish seventh.

Making a huge jump up on the results sheets, Dan Williams was able to move from the tail of the field in Daytona to the top-ten in Sebring. Scoring the team’s best qualifying result with a seventh-place effort, Williams added a pair of top-15 results with 14th and 12th place finishes.

Copeland continued, “All three of our drivers showed great speed. Unfortunately, Luca was involved in an incident in the first race which hindered his speed in race two. He has shown huge strides of improvement in race craft from the first event weekend to now, and his speed is there to contend at the front of the field. Dan took advantage of our test program and was able to work his way forward during the race weekend because of that. Bryan is one of the best and back where he should be, at the front of the Mazda MX-5 grid.”

The next event on the Idemitsu Mazda MX-5 Cup Presented by BFGoodrich schedule will be April 23-25 at the Grand Prix of St. Petersburg. Competing alongside the NTT IndyCar Series and the complete Road to Indy, the Mazda MX-5 Cup drivers will compete on the first temporary street circuit of the season.