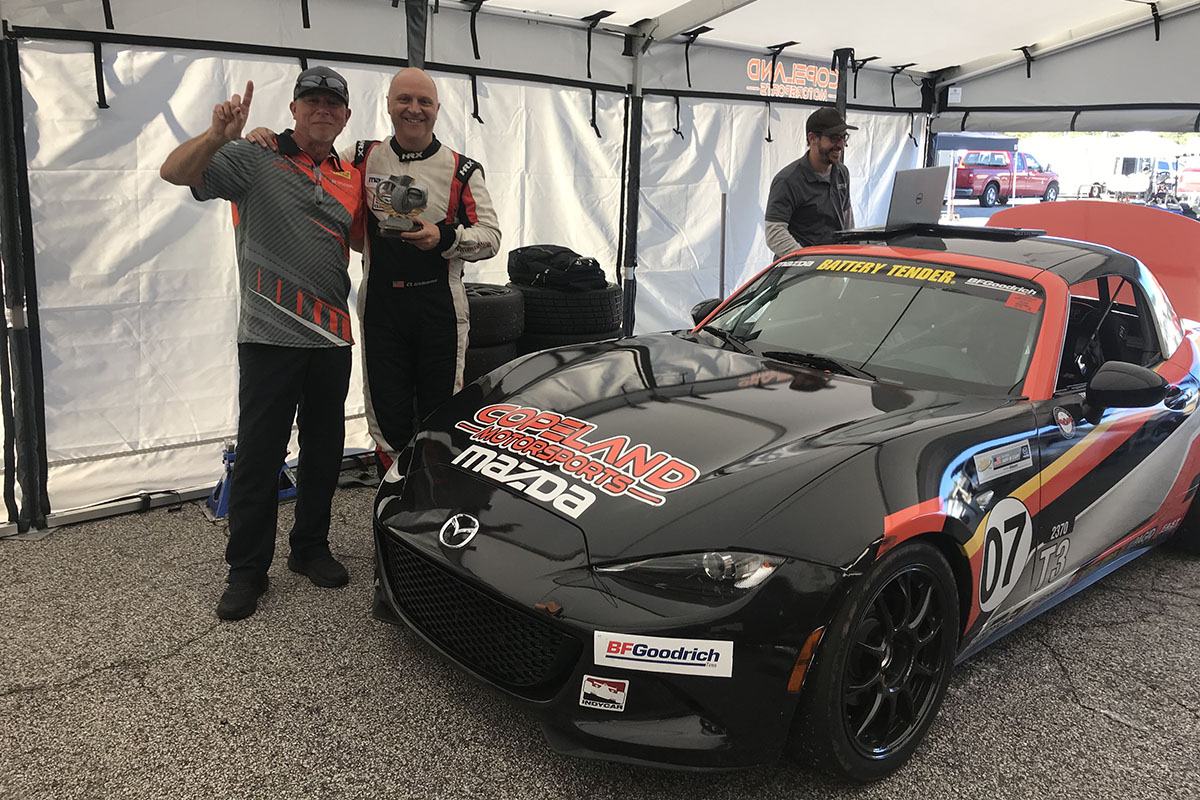 Entering his first race at the age of forty-five, Daniel Williams is set to take on the Battery Tender Global MX-5 Cup Presented by BF Goodrich program with Copeland Motorsports in 2020. Joining the 2019 championship winning operation, Williams is aiming to have fun throughout the upcoming season while aiming for the best results possible in his rookie season in the series.

“I am a little behind the young kids when it comes to racing experience,” explained Williams. “I did not even get a racing license until 2013 and did my first competitive event at the age of forty-five. I like the thrill of car racing and was immediately hooked after getting behind the wheel less than ten years ago.”

Born and raised in the mountains of Colorado in Steamboat Springs, Williams was a member of the United States Ski Team in the early 1990s and during that time, qualified for two World Championship teams and competed on the World Cup Tour for several years. Specializing in Ski Jumping and Cross-Country, the Colorado native became interested in motorsports as the fast pace ski life took a toll on his body over time.

Williams continued, “I lived in Europe and trained with the Swiss National Ski Team where I met my wife. We lived in Switzerland before moving back to the US where I attended the University of Colorado for undergraduate work and medical school. Practicing anesthesia and pain management in rural Nebraska, I was never really a car guy or even interested in them at all.”

Struggling to continue the sports that he loved due to Rheumatoid Arthritis, a friend turned Williams on to motorsports and the rest was history.

“It is not the normal story you hear of beginning karting at the age of five and progressing through the ranks,” explained Williams. “I was a late bloomer as they say but I really enjoy it and am looking forward to 2020.”

“We look forward to spending a lot of next season with Daniel,” expressed Dean Copeland. “He has an interesting back story, and I am confident he will be able to learn from the other drivers in our program.”

“I like to live my racing by the famous Duane Baily quote that ‘Racing is the constant search for the weakest link,’ ” continued Williams. “I chose to race with Copeland Motorsports to ensure the weakest link is nobody other than myself. They have a strong history in Battery Tender Mazda MX-5 cup, excellent work ethic, and they race to win!”