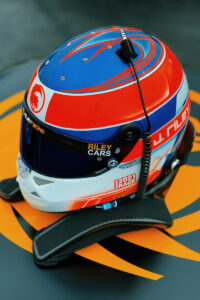 With one confirmed driver for the 2022 Idemitsu Mazda MX-5 Cup Presented by BF Goodrich program, Copeland Motorsports is pleased to confirm Jameson Riley of Riley Racing to their driver lineup. Bringing a wealth of driving experience in several different race programs, Riley will contest the full championship as he joins the already confirmed Max Opalski.

“I can’t wait to get started with the 2022 season,” expressed Riley. “A huge thanks to Dean Copeland and the rest of the Copeland Motorsports crew for giving us this opportunity, and I am looking forward to a strong season in the MX-5 Cup.”

“We are building a big MX-5 Cup program for 2022 and Jameson is the second piece to our growing puzzle,” explained Dean Copeland. “Jameson will be a threat for race wins and podium results next season. We know we have the equipment to put him at the front and I know he has the skill; it is just a matter of having that luck on race weekends.” 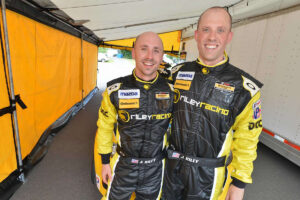 Beginning karting at the age of ten in his home state of Connecticut, Riley eventually moved to open wheel racing as he competed at the Skip Barber Racing Series winning several races. Following that successful season, Riley was able to sign a contract with the Volvo Factory Racing Team as he raced alongside the legendary Derek Bell. Competing in the SCCA Speed World Challenge, Riley also saw action in the Gran-Am Rolex GT Series before testing in the former American Le Mans Series for Panoz Racing. A test driver for many other marques throughout the years, Riley has competed on tracks in the United States, Canada, Mexico and throughout Europe but now has his sights set on the Idemitsu Mazda MX-5 Cup Presented by BF Goodrich. 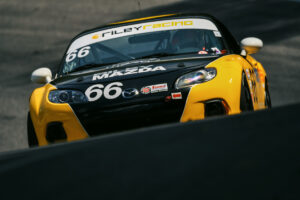 Riley continued, “We have the goals set pretty high and that all starts at the Daytona International Speedway in January.”

With the start of the 2022 season at the Daytona International Speedway just over two months away, Copeland Motorsports will continue to add to their Idemitsu Mazda MX-5 Cup Presented by BF Goodrich driver lineup. Interested parties are asked to contact Dean Copeland and Copeland Motorsports.