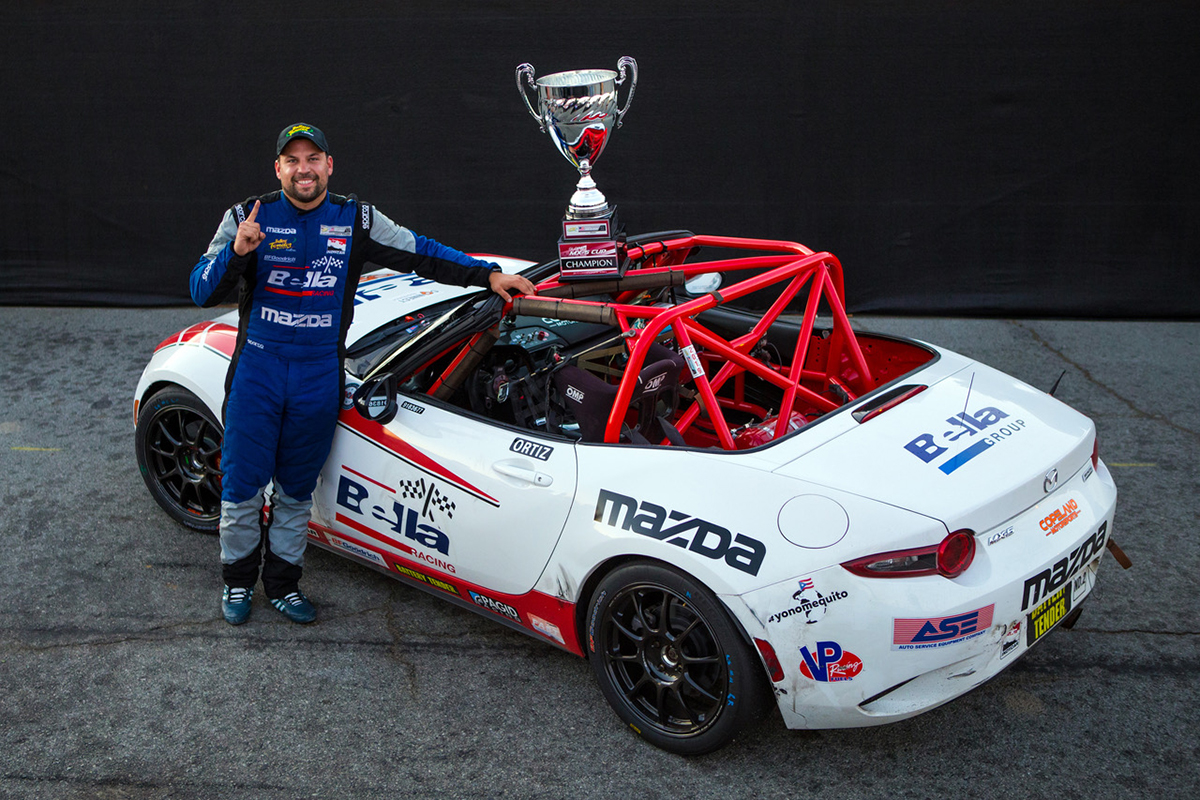 It was a championship winning weekend for Copeland Motorsports at the final round of the Battery Tender Global MX-5 Cup Presented by BF Goodrich Tires as Bryan Ortiz secured the title. Mazda Motorsports driver Michael Carter added the Rookie of the Year title as the team picked up more than $275,000 in prizes.

“What a weekend,” exclaimed Dean Copeland via phone who was attending an event at Road America. “I wish I was there, but I was glued to my phone and live timing all weekend in between my sessions here at Road America. It was stressful not being there, but I believed in the crew that we have and both of our drivers to get the job done. This was our tenth season in the series, and we have come so close to winning so many times. To claim the championship and Rookie of the Year honors feels like a huge weight lifted off our shoulders.”

After a less than stellar practice session that saw Ortiz near the bottom of the time sheets, Copeland Motorsports needed to do an engine change before qualifying. Unsure of the outcome, Ortiz was able to improve greatly and work his way forward scoring the seventh quickest lap of the session while Carter secured an inside row three starting position for the first wheel-to-wheel action of the weekend.

Competing alongside the complete Road to Indy and NTT IndyCar Series finale, the Battery Tender Global MX-5 Cup Presented by BF Goodrich Tires drivers would see their pair of races take place on Saturday afternoon. Focused on finishing and scoring as many points as possible, several championship scenarios were in play for both Ortiz and Carter. 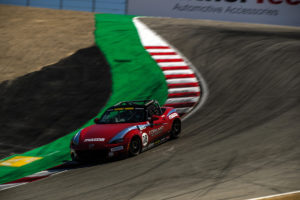 Battling at the front of the field and for the win throughout race one, Carter found his way in prime position in the closing stages and crossed the line in P2, adding another podium to his and Copeland Motorsports’ 2019 resume. Ortiz battled hard at the front of the field and played the careful match of chess to work his way forward to sixth. Knowing that one of his championship competitors had an issue, Ortiz took the points and quickly shifted his focus to race two on the day.

With the green flag for race two taking place late in the day on Saturday, Ortiz knew where he had to finish and hovered around that position for the majority of the race. In an anti-climactic finish to the end of the championship, Ortiz defended his position on the final few circuits to finish third and secured his first Battery Tender Global MX-5 Cup Presented by BF Goodrich Tires Championship by nine markers. Michael Carter crossed the line in fifth and in the process, elevated himself to fourth in the series championship chase and on top of the podium in the Rookie of the Year point standings.

“We will take a little bit of time to celebrate and let it all sink in, but then begin to work on 2020,” explained Copeland, who nearly claimed the series title a few years ago as a driver. “We have one championship under our belt, but now we want the title of Back-to-Back Champions.”