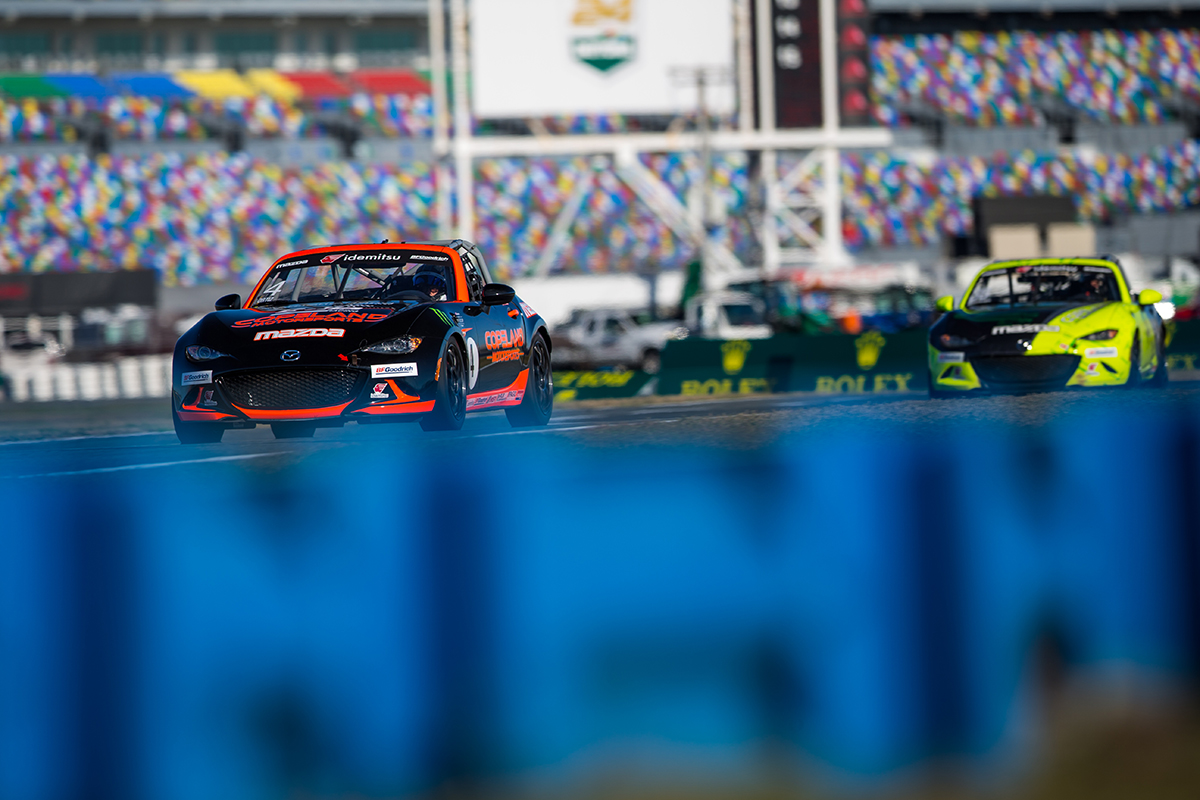 Putting the first event weekend behind them, Copeland Motorsports is ready to press on next week in rounds three and four of the Idemitsu Mazda MX-5 Cup Presented by BFGoodrich. Taking place at the Sebring International Raceway, three Copeland Motorsports branded drivers will aim for the top step of the podium and try to claw their way back into the championship hunt.

“Our results in Daytona were not what we had hoped, but it is a long championship battle,” explained Dean Copeland. “We will not put excuses on anything. We left Daytona and went to work harder and hungrier than ever. We had a great test at Sebring last week and look forward to competing during the 12 Hours of Sebring event week.”

Copeland Motorsports rookie and multi-time karting champion Luca Mars and 2019 Mazda MX-5 Cup Series Champion Bryan Ortiz lead the Maryland based squad into Sebring tied for tenth in the series championship. With only two of fourteen events in the record books, there are points on the line with every marker counting towards the end of the year points battle. Both Mars and Ortiz will enter the event week looking to put Copeland Motorsports back on top.

Joining Mars and Ortiz in the Copeland Motorsports stable will be Dan Williams who had a great test at Sebring last week. Aiming for the best results possible, Williams has been working with Copeland Motorsports to continually improve. With a Mazda MX-5 that is prepped and ready for success, Williams was able to run with Luca Mars and other top drivers of the Mazda MX-5 Cup at the most recent Sebring test.

“Dan performed exceptionally well in Sebring, and I think will be able to contend with Mars, Ortiz and other top drivers in the series,” expressed Copeland. “With three drivers in competition, we will be able to focus a lot more on making sure each and every competitor has what they need to win.”

Copeland continued, “Our number one goal is to win, and I think we have the drivers that can do that. With Daytona in our rear-view mirror, Sebring is what we are fully focused on and we have twelve more races from right now to get back to where we belong. Looking forward, we have the opportunity to add to our MX-5 driver lineup beginning at round five at the Gran Prix of St. Petersburg.”

With two practice sessions on Wednesday, March 17th, qualifying and the first wheel-to-wheel racing (round three) of the week will take place on Thursday. Round four of the Mazda MX-5 Cup will roll off the grid on Friday prior to the legendary IMSA Mobil 1 – 12 Hours of Sebring event on Saturday.