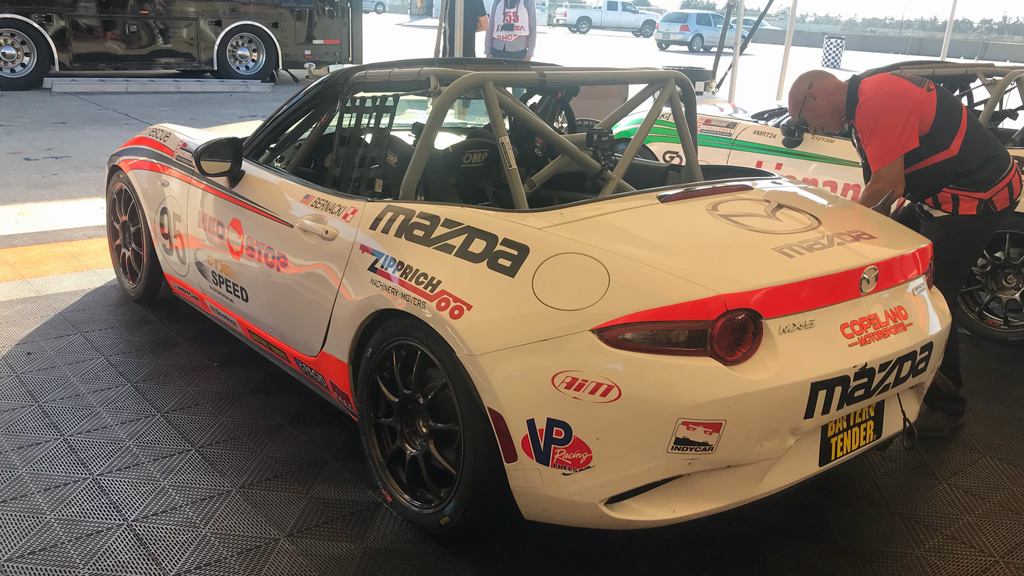 Making the trek south to the Sunshine State, Copeland Motorsports is set to enter four drivers in the 2018 Championship Global Mazda MX-5 Cup Challenge Presented by BF Goodrich Tires. Taking place at the Sebring International Raceway and with $50,000 of Mazda scholarships on the line, a thirty driver strong entry list is highlight by a strong lineup from Copeland Motorsports.

Bryan Ortiz will lead the Copeland quartet into Sebring as he has been the flagship driver for the team since joining in 2017 when he just missed the Rookie of the Year honors. In 2018 he began the season with success, taking the victory at the Circuit of the Americas back in March and left the first round with the overall series points lead. Scoring multiple podiums and a handful of victories throughout the remainder of the season, the Bella Racing backed driver bookended his season with wins taking the top step of the podium at the final event of the year while finishing second in the overall point standings.

Racer Kashima will make the trip from Tokyo, Japan to compete in this weekend’s event. With years of experience in the Firestone IndyLights program and multiple race wins and championships in his home market in Japan, Kashima has been working his way to the top of the MX-5 Cup Challenge driver roster all season long. Capturing the Hard Charger of the Race award at the Portland event in September, Racer will return with sponsor OKJapan.jp as he throws his hat into the mix in Sebring.

Chicago, Illinois Thomas Bernacki will join Copeland Motorsports after competing in two events with the elite squad in 2018. Set to join Copeland Motorsports for a full 2019 campaign, he will have his eyes set solely on the Rookie of the Year title but will be forced to battle a fellow Copeland Motorsports driver to do so. In 2018, Thomas qualified third at Road America in his first pro event and ran in the top-five throughout the weekend. In his second event at Mid Ohio, Bernacki qualified in the second position and claimed a pair of top-ten finishes in a solid weekend. Look for Thomas to be a consistent frontrunner in 2019.

The fourth and final driver to join Copeland Motorsports for the Sebring event and onwards into 2019 is veteran karter Tyler Gonzalez. Claiming multiple regional, national and international race wins and championships in the past few seasons, Gonzalez enters the Global Mazda MX-5 Cup as a rookie, but has the heart of a champion and will be a threat from the very first on-track session. Testing with the team leading up to Sebring, Gonzalez showed great pace and his race craft proven in karting will be a valuable asset in the Global Mazda MX-5 Cup.

“We have worked very hard to develop a good reputation to attract championship caliber drivers to our program,” explained Dean Copeland of Copeland Motorsports. “This weekend, we have four capable and qualified drivers who can stand on the top step of the podium and we are very excited to get started.”