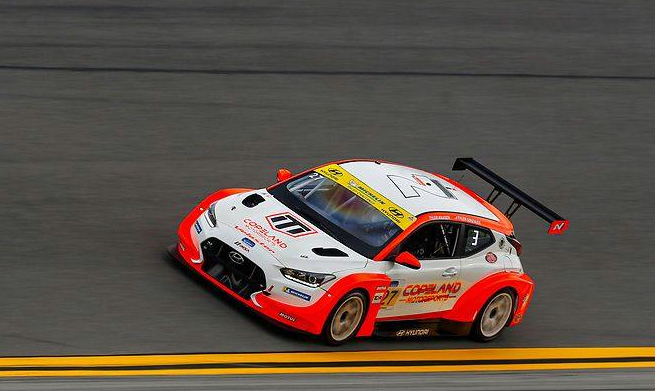 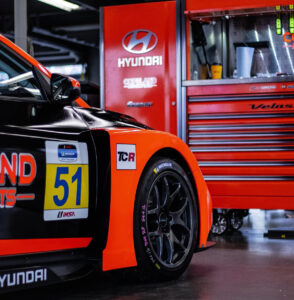 After nearly eleven weeks since the close of the 2020 season, Copeland Motorsports is primed and prepped for the official start to the 2021 season. Expanding on their already successful program, Copeland Motorsports is entering their debut season in the IMSA Michelin Pilot Challenge with two Hyundai Veloster N TCR entries. After participating in the Roar Before the Rolex 24 this past weekend, all four drivers are eager to take on the first round of the season this weekend for the BMW Endurance Challenge at Daytona alongside the Rolex 24 at Daytona.

Entering this weekend’s race will be the long-time Copeland Motorsports teenage duo of Tyler Maxson and Tyler Gonzalez in the #27 entry. Maxson and Gonzalez were able to get their first taste of IMSA Michelin Pilot Challenge racing at the end of 2020, where they entered two races in preparation for the forthcoming season. In their first weekend, the duo was able to pull off a second-place finish against the series regulars. While the two sixteen-year-olds will be the youngest to take the grid, they are expected to make a big splash in the series.

The second Copeland Motorsports entry includes returning IMSA Michelin Pilot Challenge driver Mason Filippi and Professional Snowboarder and Olympian AJ Muss in the #51 Hyundai Veloster N entry. Muss will be making his official debut after competing in one event in the 2020 season. Filippi is returning to the series for his third season after finishing third in the Championship in 2020 and second in 2019. The multi-time race winner will be a valuable asset to the three other Copeland Motorsports drivers as they begin their rookie seasons.

This past weekend, all four drivers participated in the Roar Before the 24 and with several goals to complete. Running through setup ideas, driver changes and gathering data for three days, both cars completed four of five practice sessions, sitting out the Saturday morning session due to rain.