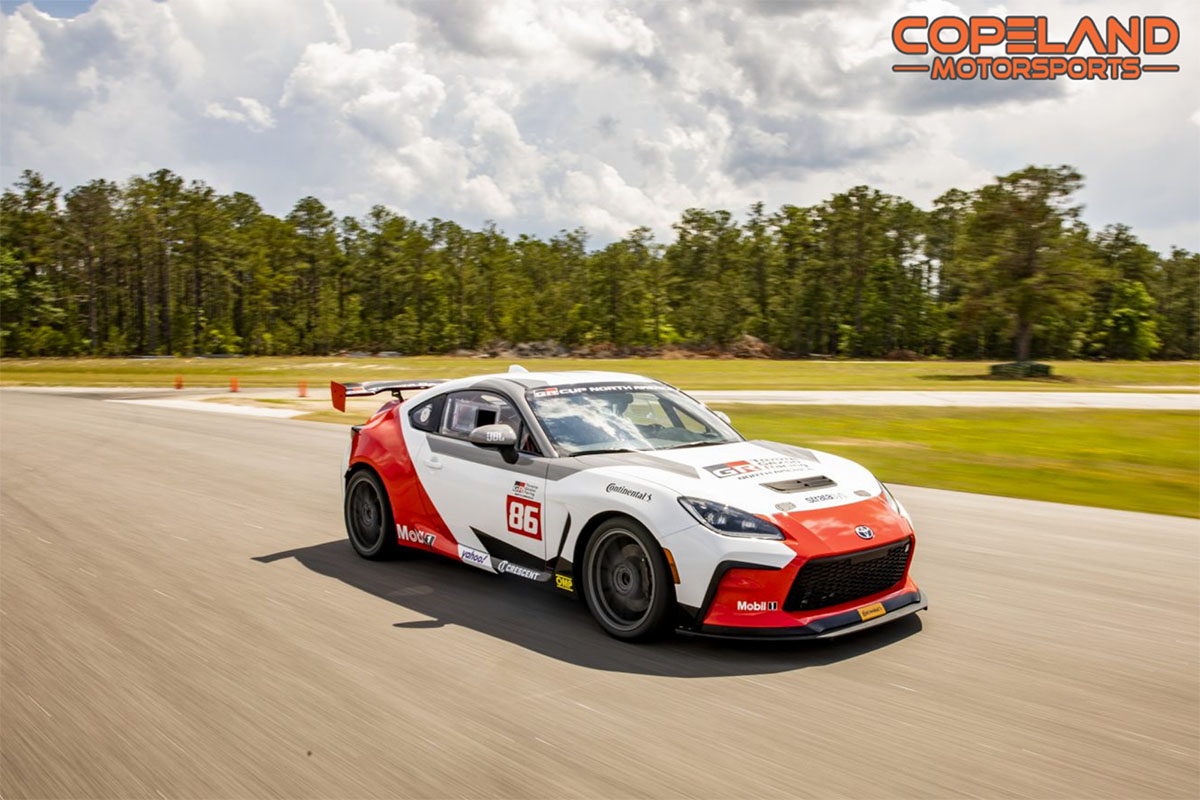 “We are excited to add to the Copeland Motorsports stable and being one of the teams selected to contend in the first season of the Toyota GR Cup,” explained Dean Copeland. “There is a lot of momentum behind the series, a huge prize fund, big name marketing partners, promotion and marketing tools for teams and drivers as well as a new platform that will allow us to utilize our race winning expertise to make sure we are at the front of the field.”

Copeland Motorsports is aiming to become the inaugural champions of the series and continue their winning ways from other race series in which they compete. With two cars available for the 2023 season, seats will fill fast in what will be one of North America’s top series in 202

Copeland added, “A new car and race platform is something that we are looking forward to. We will be able to develop the car through our intensive test program and find those extra few tenths that other teams struggle with.”

The Toyota GR Cup will be sanctioned by SRO America, an established leader in GT racing for the past 30 years. The GR Cup will offer affordable competition in fourteen events over seven prestigious circuits across the United States. This new racing series will help reinforce and validate the track inspired engineering bred into every Toyota GR vehicle. The GR Cup will also offer participants one million dollars in total purse and prizes thanks to several great partners that have teamed with Toyota Gazoo Racing North America in this unique series. While the racing is the most exciting feature, each event will also offer a great environment for camaraderie among like-minded car enthusiasts. From first class, exclusive hospitality to partner sponsored displays, it’s sure to be a celebration of everything car and racing enthusiasts love, car culture and motorsports.