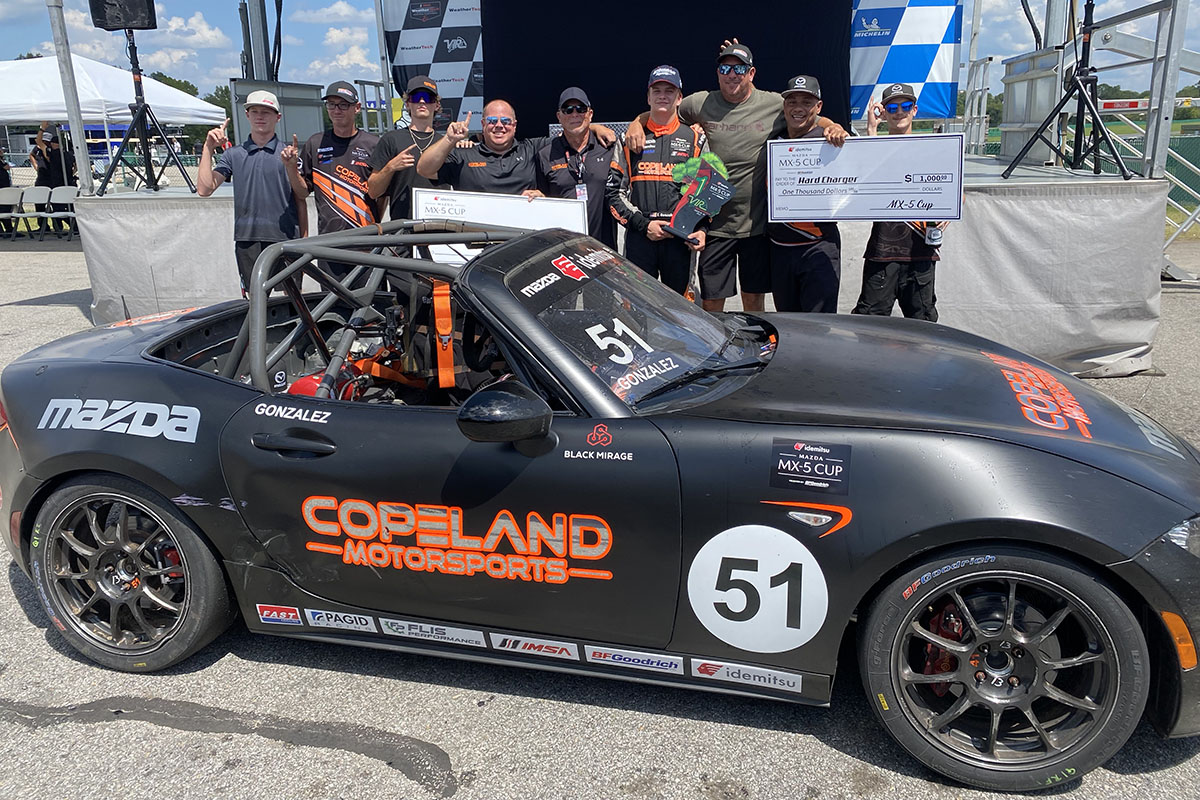 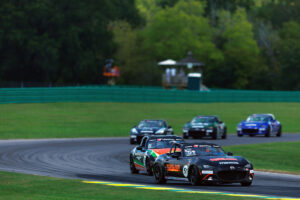 It was a winning weekend for Copeland Motorsports at Virginia International Raceway (VIR). With three drivers entered in rounds eleven and twelve of the Idemitsu Mazda MX-5 Cup Presented by BF Goodrich, Tyler Gonzalez scored a victory for the team driving from last to first on Sunday while Max Opalski ran inside the top-five on both race days. Jameson Riley had two steady days earning top-15 results after improving from his qualifying results both days.

“It was a good weekend for sure, and I think if everything went our way, we could have ended the event with two wins and four top-five results,” explained Dean Copeland. “After an unfortunate issue in qualifying, Tyler Gonzalez was forced to start both races at the tail of the field, winning on Saturday and was inside the top-five Sunday before he was hit from behind.”

After the qualifying issue placed Gonzalez at the bottom of the results sheets, the Floridian had a spirited drive to the front showing the true pace of his Copeland Motorsports #51 entry. Rocketing his way through the field, Gonzalez moved to the point on the final circuit to score the third win of the season for both he and Copeland Motorsports. Max Opalski began his wheel-to-wheel action in the ninth position and moved his way forward much like Gonzalez. Running inside the top-five late in the race, the rookie driver finished eighth overall matching his career-best result in MX-5 competition. Jameson Riley was the third Copeland Motorsports entry and was able to gain four positions to move forward from his P17 starting spot to finish 13th.

Back to the track Sunday and riding a wave of momentum from Saturday, Opalski started race two from eighth while Riley would be on the outside of row ten in 20th. With lap times from qualifying setting the grid again for race two, Gonzalez started 27th as he would look to move his way forward. 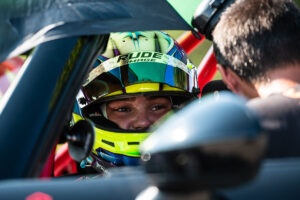 Opalski would maintain his position in the top-ten as he battled with some of the best MX-5 Cup drivers in the country. In only his sixth event weekend since making the move from karts to cars, Opalski was in the fight for a top-five result before a drive-thru penalty relegated him to 17th on the results sheets. Officials deemed that Opalski had made contact while passing for fourth, but video showed something different as his shot at a podium was ruined. Gonzalez had moved into the top-five with less than ten laps remaining before he was hit from behind and forced to retire the car. As the fastest driver on the track, Gonzalez had gained more than twenty positions in ten laps before the incident. Riley once again was positive on positions gained in race two, gaining six spots to cross the line in 14th with Opalski being classified in 17th.