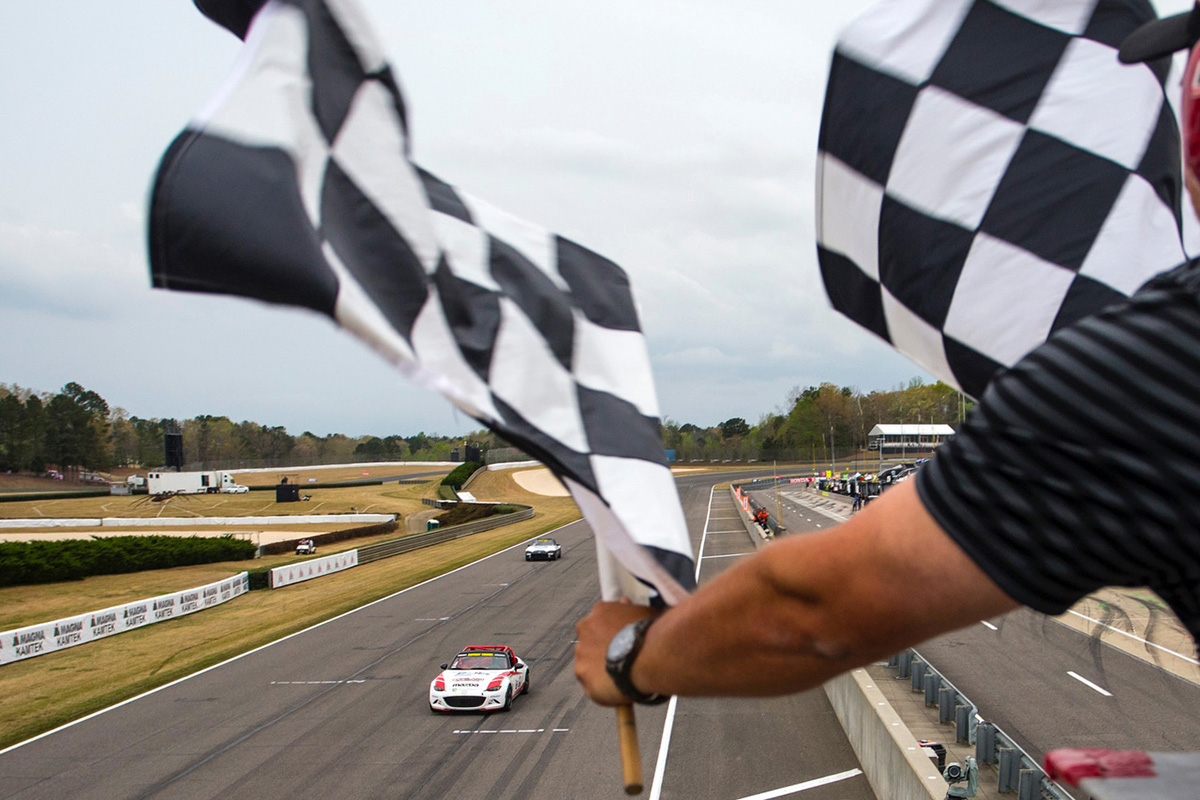 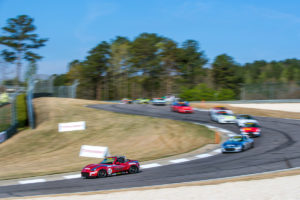 Traveling south to Birmingham, Alabama and Barber Motorsports Park, Copeland Motorsports entered a quartet of drivers in the third and fourth rounds of the Global Mazda MX-5 Cup Presented by BF Goodrich Tires. Taking on the challenging rolling hills facility, a double podium result in race one early Saturday afternoon was followed by a Bryan Ortiz victory later that day to put Copeland Motorsports in the win column in 2019.

Saturday kicked off nicely for the Maryland based program as Michael Carter led the way in the one and only qualifying session scoring the fastest lap and pole position for the first wheel-to-wheel action on the weekend. Showing their speed across all four team drivers, three of them paced in the top-ten with Tyler Maxson in fifth and Bryan Ortiz in seventh. Tyler Gonzalez found himself inside row seven in 13th, but his starting position set up for a spirited drive when the green flag flew that afternoon.

Jumping to the point early, Carter took control of the race and led early. Running fast enough to stay in the lead but not abuse his equipment, the Mazda Motorsports entry put his #8 Copeland Motorsports entry in a position to win. Bryan Ortiz showed his experience as he quickly found himself in the third position and settled into a rhythm.

Following nose to tail, the lead quartet pulled away from the rest of the field as the young 14-year-olds put on a show behind them. Tyler Gonzalez battled forward from his 13th place starting position to garner the fifth position on track as well as the hard charger award, his second in as many races. Ortiz continued his podium streak and added a second place result while Michael Carter put three team drivers in the top-ten and two on the podium with his third place finish.

Maxson, who consistently improved his lap times through practice and qualifying, was caught in some unfortunate circumstances in the opening few laps of the race. Falling back to P15, the other 14-year old in the program battled hard back to an 11th place result despite a clutch issue and damage from contact.

“I believe that all four of our cars could have finished in the top six or seven,” expressed Dean Copeland. “The competition level within the series is so high that a minor mistake, loss of momentum or any handling issue can really put you down the running order. It is a quick turn around with two races in one day so we will prep the cars and be back on track this afternoon for race two.”

With the starting positions for race two based on the second fastest lap of qualifying, Maxson would roll off P3 while Ortiz and Carter were close behind in fifth and sixth. Tyler Gonzalez began his quest for a podium run in tenth, but it all came to a halt in the second corner of the opening lap.

“It sucks to be taken out in an incident that was no fault of our own,” explained Gonzalez. “We were three wide going into the second corner as one driver was well off track. Making a hard turn to ensure he did not hit the grass, he collided with my right front corner and turned me into the car on my left. Unfortunately, that ended my day.”

The remaining three Copeland Motorsports competitors all had very strong runs with Bryan Ortiz having the strongest of them all. Methodically moving his way forward and close to the front of the field, Ortiz pounced when he had the opportunity, taking the point and never looking back to claim his first win of the season as well as take over the Global MX-5 Cup Presented by BF Goodrich Tires point lead.

Michael Carter continued his string of consistent finishes to cross the stripe in the sixth position while Maxson added a seventh after running well inside the top-five early in the race.

Copeland added, “Again, our cars had pace and we could have swept the podium if luck was on our side. I feel for Tyler Gonzalez as he was an innocent victim of an opening lap incident but am also very happy for the other drivers, especially Bryan who is the latest race winner and the new point leader.”