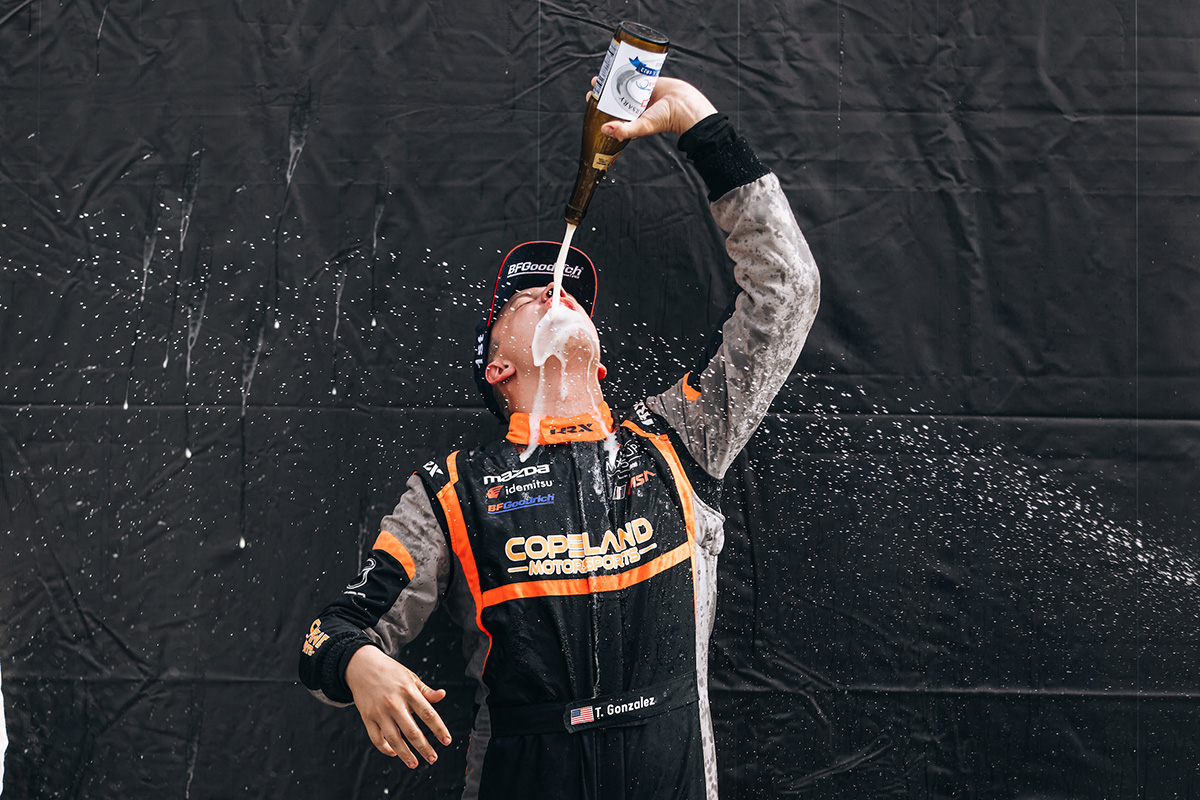 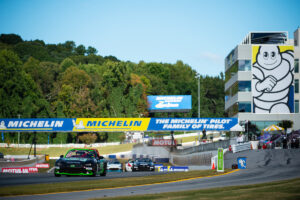 It was a winning weekend for Copeland Motorsports as they closed the 2022 Idemitsu Mazda MX-5 Cup Presented by BF Goodrich championship in style with a victory at the hands of Tyler Gonzalez and an additional top-ten result with Max Opalski. Taking on the Michelin Raceway Road Atlanta, Gonzalez made a pair of trips to the podium while Opalski showed the experience he gained throughout the season to show pace and race inside the top-ten at the Braselton, Georgia facility. When the final checkered flag flew, Copeland Motorsports earned four race wins, including the season opener and season-ending race.

It was Tyler Gonzalez who would lead Copeland Motorsports in qualifying as his sixth-place result saw him line up for race one on the outside of row three. Max Opalski would take the first green flag of the weekend from P12 on the grid while Jameson Riley was forced to miss the wheel-to-wheel racing due to a hard crash that damaged his Mazda MX-5 Cup car.

When the green flag flew, both drivers made quick work to move forward. By lap seven, Gonzalez had moved inside the top-three while the rookie Opalski was running ninth on track. On lap eight, the lead trio including Gonzalez, who was second, had opened a three-second gap on the fourth-place driver to make it a three-horse race. As the lead trio swapped positions lap-after-lap, the caution flag flew with nine minutes remaining to bunch the field up for a shootout for the win. In a position to attack when the race went back green, Gonzalez was forced to settle for the third position and another podium result for Copeland Motorsports. Opalski ran a great race and while inside the top-ten, defended his position well, or at least the team thought he did.

“I had a great start and gained a few positions,” explained Opalski. “Things were going well as I ran in the eighth or ninth position and continued to push. I was forced to defend a fellow competitor who had a run on me. While he contacted my car, he then went spinning into the grass causing a caution. I didn’t think that I did anything wrong, but the series officials reviewed the video and gave me a penalty for avoidable contact. Unfortunately, that stripped me from a top-ten result and pushed me all the way down to 18th.” 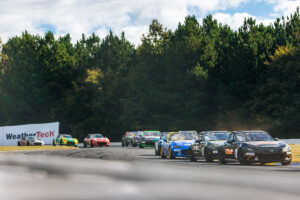 “Disappointing to have a penalty as weak as the one assessed on Max,” expressed Dean Copeland. “He did nothing wrong and if in the same situation, I would do the same thing.”

Returning to the track Friday for the final wheel-to-wheel action of the season, Gonzalez and Opalski lined up in row five, P9 and P10, as they looked to make their way towards the front. Gonzalez was making quick work of the drivers in front of him as he moved into the top-five by the end of lap three. Opalski was showing his persistence as he ran inside the top-ten and battled hard to move forward. Slight contact in turn five with an out-of-control car saw Opalski fall to P14 as the caution flag flew.

Copeland added, “What a way to finish the season! A win, our fourth of the year, and to have both a veteran and a rookie in the top-ten. This builds a ton of momentum for next season and while we will enjoy it for a few days, 2023 starts next week!”