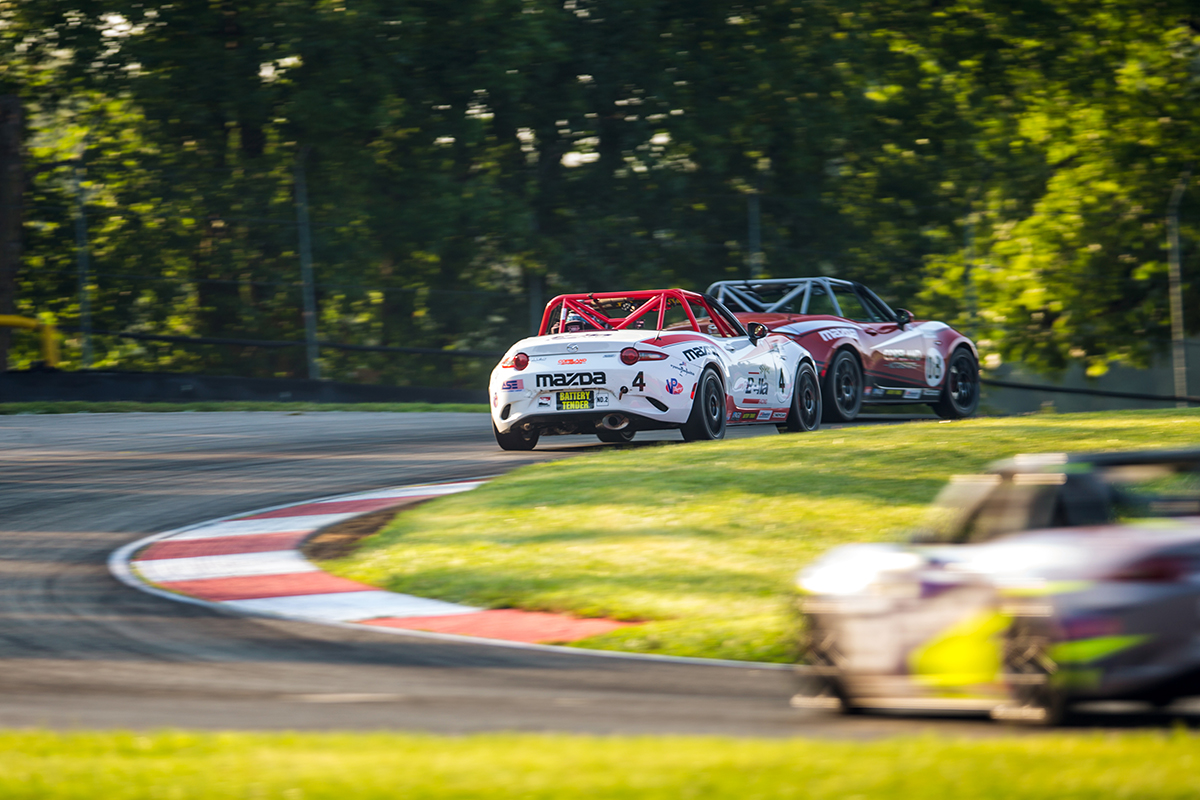 Taking on the Mid-Ohio Sports Car Course, Copeland Motorsports gained another four top-ten results in the 2019 Battery Tender Global MX5 Cup Presented by BF Goodrich Tires. With only two drivers in competition, Michael Carter and Bryan Ortiz were fixtures at the front of the field with Ortiz retaking the point lead with two event weekends remaining.

“While we did not win, or even stand on the podium, we were able to play the points game and move from second to first by the end of the weekend,” explained Dean Copeland. “Our drivers are now leading the overall point standings as well as the Rookie of the Year battle so all in all, we are looking pretty good with two weekends to go.”

With qualifying not important at the 13-turn natural terrain road course, Michael Carter and Bryan Ortiz were focused on race setups and race pace. Qualifying fifth and ninth respectively, the duo went to work on Saturday afternoon during the first wheel-to-wheel action of the weekend. When the dust had finally settled, Carter secured a fourth place finish with Ortiz gaining three positions to come home sixth.

Copeland continued, “It was a good race for us today as we were able to move forward on the results sheets but also gain some more points on our rivals.”

Back to the track on Sunday and chasing more championship points, Carter once again found his way to a top-five result crossing the line in the fourth position. Courtesy of his pair of sixth place finishes, Ortiz garnered enough points to retake the Battery Tender Global MX5 Cup Presented by BF Goodrich Tires championship points lead.

In other news, Copeland Motorsports will have a driver announcement later this week for the next Battery Tender Global MX5 Cup Presented by BF Goodrich Tires event at the Portland International Raceway.