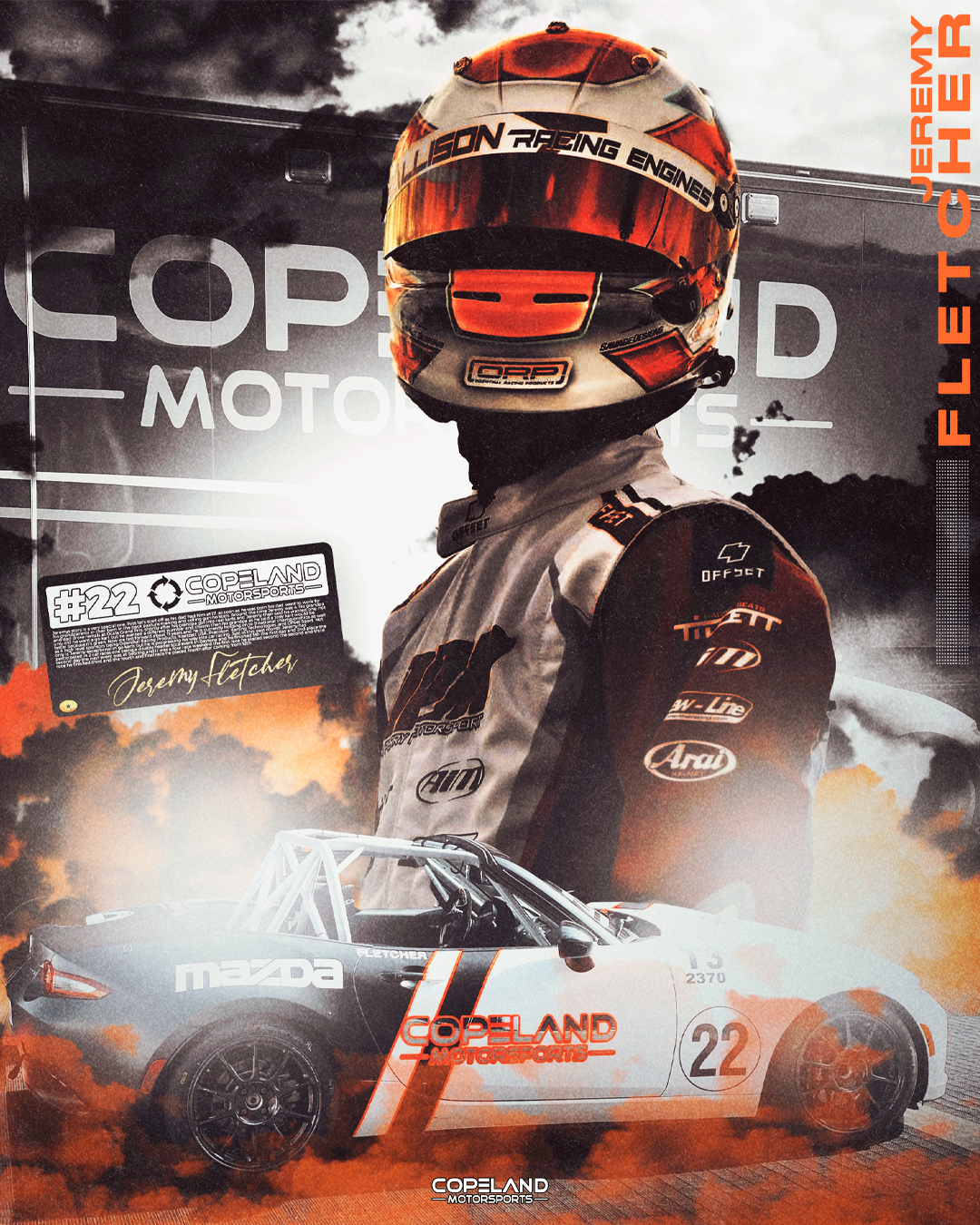 Moving from karting to cars late in 2022, national-level kart racer and multi-time karting champion Jeremy Fletcher is set for his Idemitsu Mazda MX-5 Cup Presented by BF Goodrich debut later this month. Set to take on the high banks of the famed Daytona International Speedway, Fletcher will enter the event as an accomplished karter and a promising MX-5 Cup rookie.

“Jeremy may have the rookie designation behind his name, but he is far from it,” expressed Dean Copeland. “Jeremy has performed very well in pre-season testing, so much so that they chose to skip the previously planned Spec Miata program and go straight into the national series. With a colorful resume, drive to succeed and pure pace, I would be surprised if Jeremy was not in the Rookie of the Year hunt at the end of the 2023 season.”

“I am excited to make the full-time move to cars and with a program such as Copeland Motorsports,” explained Jeremy Fletcher. “They have trained and advanced a lot of my former karting teammates, and I can’t wait to follow in their footsteps. I grew up watching guys like Tyler Gonzalez, Tyler Maxson and Max Opalski and now I get to race in the same team as them.”

Jeremy Fletcher’s results speak volumes of his drive and determination on the track. A winner and champion in the cadet ranks of karting, Fletcher advanced to the junior ranks with ease continuing his winning ways. 2022 has seen another jump in categories as he moved to the senior categories, the upper echelon of karting in North America. Showing his speed early and often, Fletcher has been a force in every race weekend earning multiple race wins on the national stage.

Copeland continued, “Jeremy is a winner, and he has proven that throughout his karting career. We think we can help him be a winner in cars as well. He will have great teammates to work with and I am confident in a powerful program.”