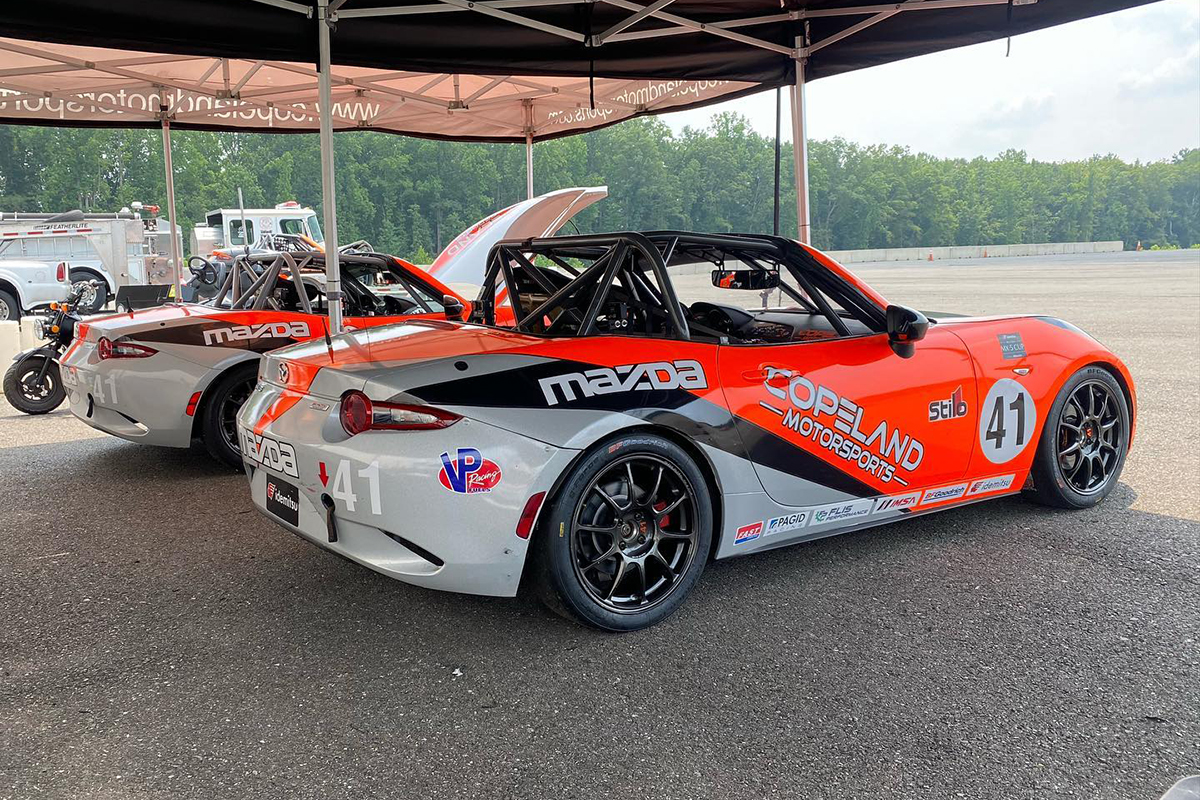 After scoring a podium result at their most recent Idemitsu Mazda MX-5 Cup Presented by BFGoodrich event, Copeland Motorsports is looking to carry that momentum into this weekend. Traveling to the picturesque 4.014-mile Road America facility in Elkhart Lake, Wisconsin, Luca Mars and Dan Williams will look to contest for race wins and podium results at the legendary circuit.

“Road America is one of our most favorite tracks that we go to all season long,” explained Dean Copeland, Owner of Copeland Motorsports. “We have had some great success here in the past and the long fast layout always provides for some close racing. The draft here is extraordinary, and I think we are entering the event with a good baseline setup that will allow us to fine tune from there.”

Coming off one of their strongest events of the 2021 season, Luca Mars improved from his top-ten performance in the first wheel-to-wheel action at the Mid-Ohio Sports Car Course to climb to a third-place finish during the second race of the weekend, his first career Mazda MX-5 podium result. Mars also sits sixth in the overall championship standings and third in the chase for Rookie of the Year honors. Dan Williams has shown steady progress throughout the season earning his best two finishes in the last three races. Aiming to close out the final events of 2021 strong, Copeland Motorsports is aiming to have both of their drivers finish in the top-ten in points after the final checkered flag later this season.

Copeland continued, “The MX-5 Cup talent has grown from year-to-year. This is arguably the most talented and strongest field of drivers that we have. As a former series championship winning team, it is exciting to see.”