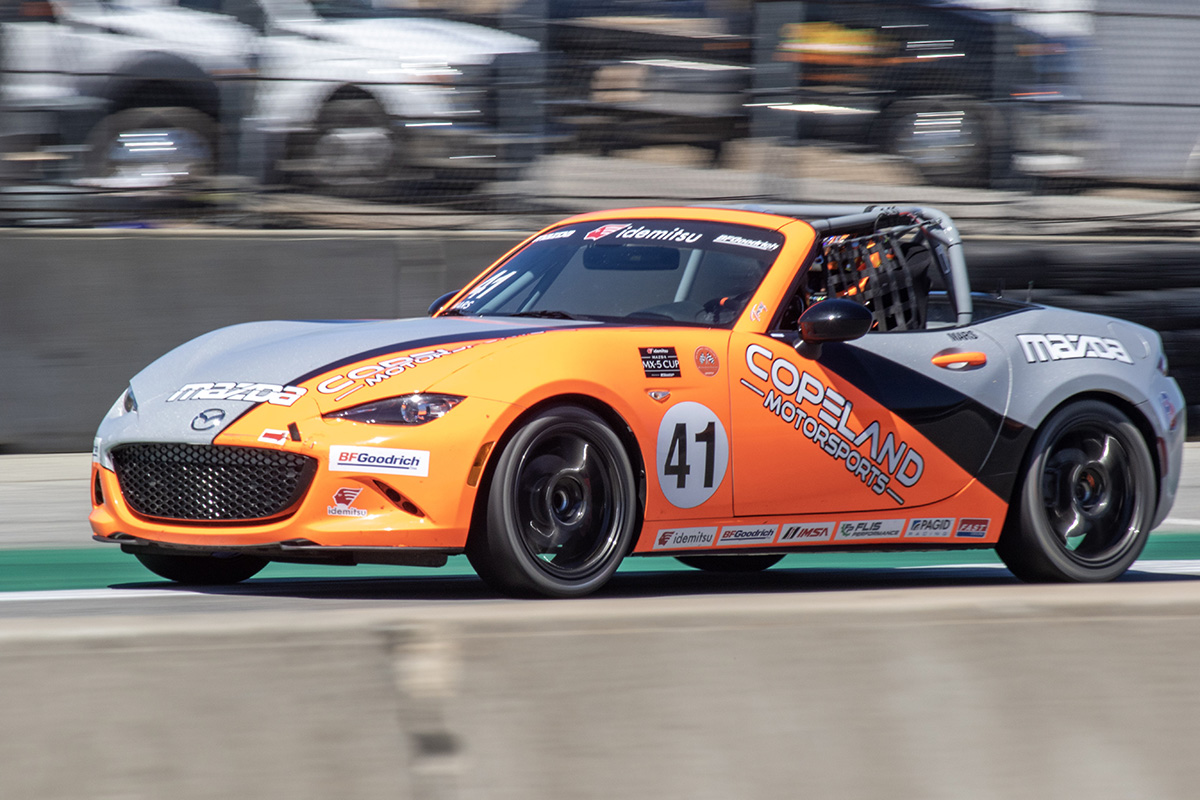 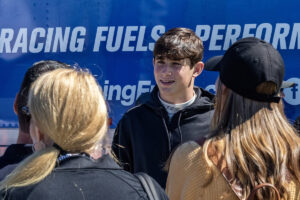 Rookie driver Luca Mars scored one of his best career Idemitsu Mazda MX-5 Cup Presented by BFGoodrich results this past weekend at the WeatherTech Raceway Laguna Seca. Taking on the 11-turn facility made famous for the legendary Corkscrew, Mars claimed a pair of top-ten results including a fourth-place effort on Sunday with a late race drive and added this top-five finish to a podium result earlier in the year at the Mid-Ohio Sports Car Course.

“What a race Luca had on Sunday,” explained Dean Copeland. “Making a three wide pass into turn five on the final lap, Luca was able to hold off some of the series biggest names for the remainder of the lap to score a solid result moving him to sixth in the point standings and third amongst the rookies.”

After progressing through practice, Mars qualified his Copeland Motorsports prepared Mazda in the seventh position but fell back two in the race. Competing against some series veterans and some of the biggest names in Mazda MX-5 competition, Mars held his own in the top-ten with a ninth-place effort. Sunday would be the home of the second wheel-to-wheel action on the weekend and after starting on the outside of row five, the rookie driver would end his weekend in fourth.

With a late race charge and a three wide pass that moved him from sixth to fourth on the final circuit, Mars brought the Copeland Motorsports crew one of their best finishes of the season.

Copeland continued, “Despite never racing at Laguna Seca, Luca showed his pace and race craft. He was able to get up to speed quickly and progressed throughout the race weekend. As a one driver effort on the West Coast, I think Luca did everything that he could have, and I was personally very impressed.”