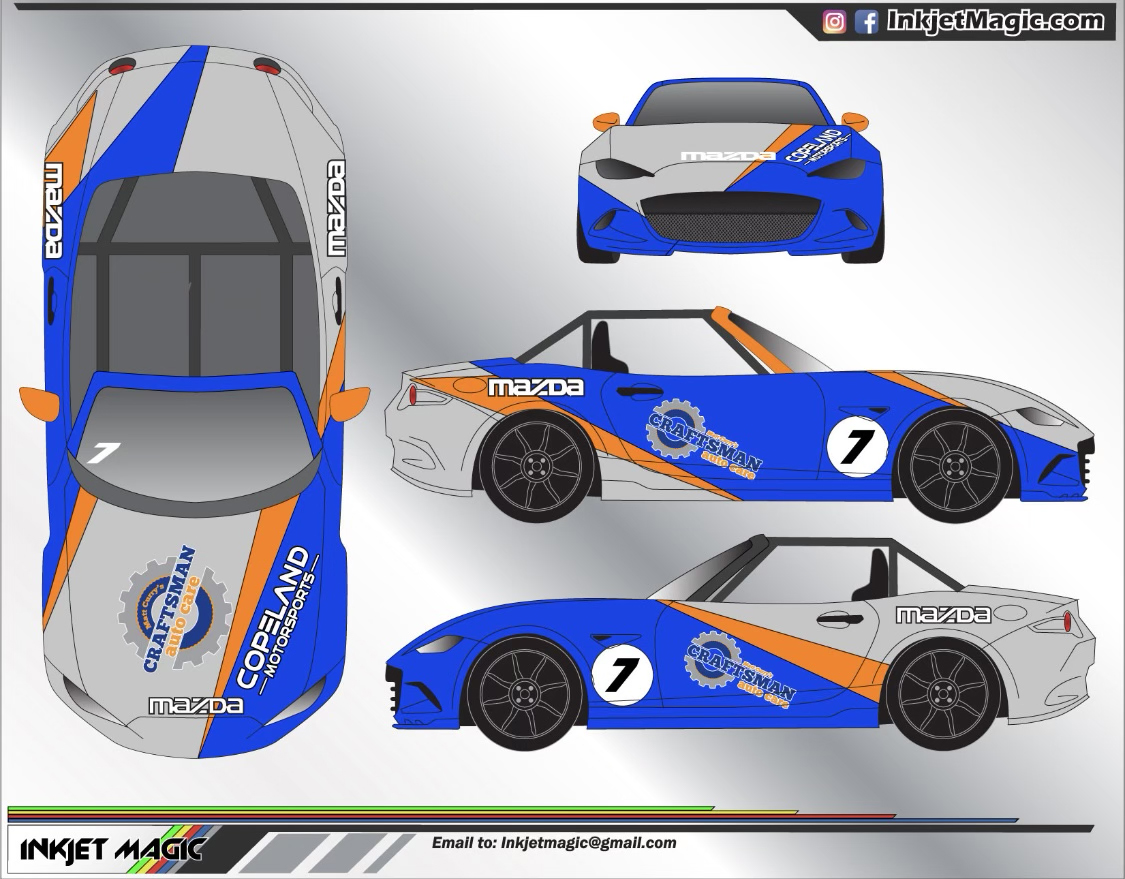 A successful businessman and entrepreneur in several different industries, as well as an accomplished driver, Matt Curry is set to join Copeland Motorsports in the Idemitsu Mazda MX-5 Cup Presented by BFGoodrich. Confirmed to the program for the first event at the Daytona International Speedway at the end of January, Curry will join the already announced trio of Jameson Riley, Max Opalski, and Tyler Gonzalez.

“We welcome Matt to our growing program and look forward to seeing his speed and progress in Daytona,” explained Dean Copeland. “A veteran in motorsports, Matt will bring some additional experience to the team and will provide guidance for some of our younger competitors.”

“Copeland Motorsports is one of the top tier programs in the Mazda MX-5 Cup, and I am thrilled to join them for Daytona and hopefully more in 2022,” expressed Matt Curry. “I had some great results throughout 2020 and 2021 and look forward to carrying that momentum into a successful campaign on the national level in just a few short weeks.”

Matt has been involved in car racing for more than thirty years and recently branched out into competitive endurance racing with Team Craftsman hitting the American Endurance Race (AER) and WRL (World Racing League) racing circuits up and down the East Coast and offering specialty services to racers across a broad variety of car makes and models. The team finished its first year with a win in their group in the last and most prestigious and grueling event, a 14-hour race. The 2021 season kicked-off with a first place and second place win in their group, as well as a second place overall. The team placed fifth overall out of 146+ teams.

Outside of the race seat, Matt Curry has won numerous awards, including being named Motor Age magazine’s Top Shop in North America, Northern Virginia Magazine’s Best Auto Repair Shop in Northern Virginia, and a Top Shop Finalist by Tire Review magazine. Curry was named to the Inc. 5000 three years in a row and was recognized by The Washington Business Journal as one of the Fastest 50 Growing Businesses in the Washington, DC area two consecutive years. Matt was also hailed as a “Home Grown Hero, Entrepreneur of the Year” by The Network for Teaching Entrepreneurship (NFTE).

In 2017 Matt and his wife Judy bought Kingstowne Auto Care in Alexandria, VA rebranding it into Craftsman Auto Care, a nod to the quality and craftsmanship of their repair work. Experiencing unparalleled growth, Craftsman has five locations throughout Northern Virginia and consistently receives 5-star reviews from a vast customer base. Continuing their meteoric growth, they are opening their sixth location February 1, 2022.

Matt was the founder of The Hybrid Shop, the world’s leader in hybrid vehicle battery conditioning and repair and one of the fastest growing franchises in North America. In 2014 the company won the People’s Choice Award for Favorite New Product or Service of the Year in the Consumer Services Category of the Stevie© American Business Awards.

Aside from business and racing, Curry wrote a book titled, The A.D.D. Entrepreneur: How To Harness Your Superpowers To Create A Kickass Company, was published in April 2015 by CelebrityPress™. It reached #1 on Amazon in six business categories and best-seller status in three other categories, in addition to being a Wall Street Journal best seller. Additionally, his consulting business, A Dash of Curry, advises entrepreneurs on strategies for increasing sales and profits and delivering outstanding customer service. He is a sought-after industry expert and speaker, appearing on television and mentoring young entrepreneurs in the auto repair field.

Matt is also an Angel Investor who actively engages in public service and philanthropy, donating his time and money to over 50 national and regional organizations. In 2012, he was recognized by The Washington Business Journal as one of the Top 50 Corporate Philanthropists, and that same year, his company was a finalist for the Washington Area Jefferson Awards for Public Service. Matt is a co-founder of the Dulles South Youth Sports (DSYS) league, a 501c3 organization with over 1,600 participants annually. Amidst the COVID-19 pandemic, he spearheaded an effort with local restaurants and raised over $36K to provide over 3,500 meals and sustenance to hospitals and first responders.

With the start of the 2022 season at the Daytona International Speedway just over four weeks away, Copeland Motorsports will continue to add to their Idemitsu Mazda MX-5 Cup Presented by BF Goodrich driver lineup. Interested parties are asked to contact Dean Copeland and Copeland Motorsports.