ONE WIN AND FOUR PODIUMS FOR COPELAND MOTORSPORTS IN PORTLAND 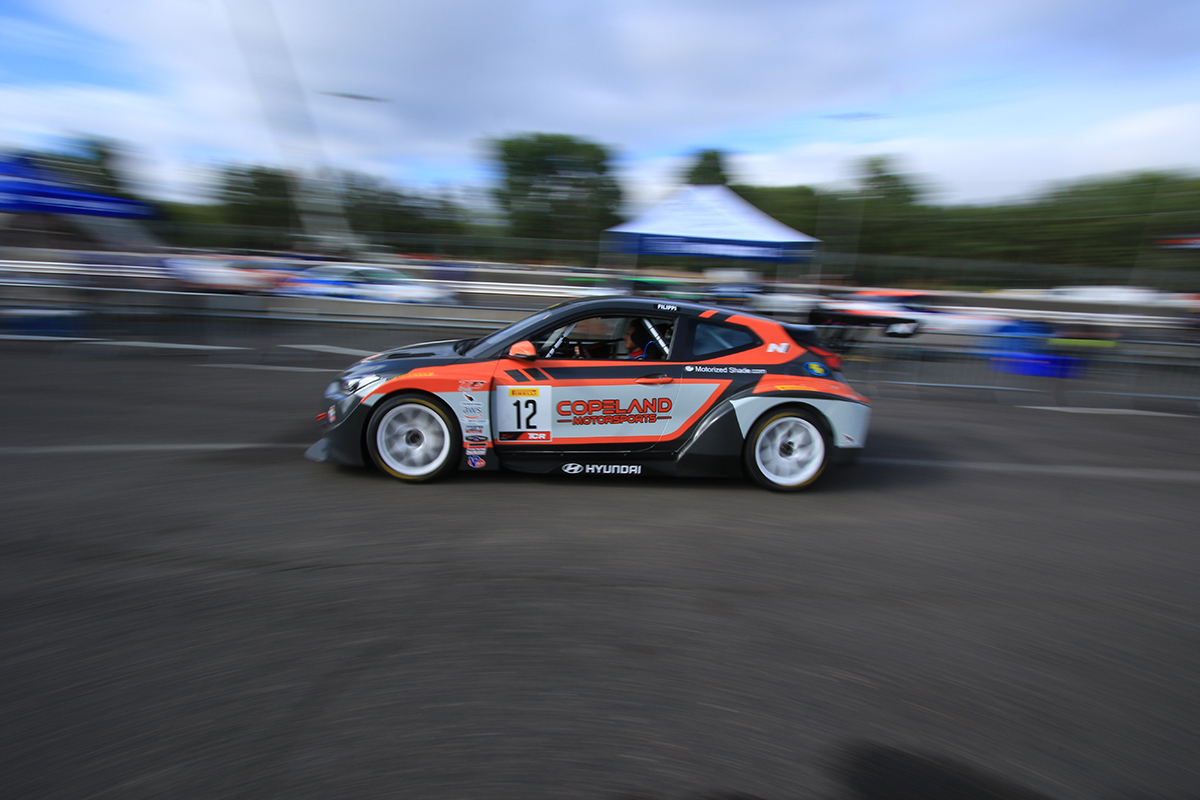 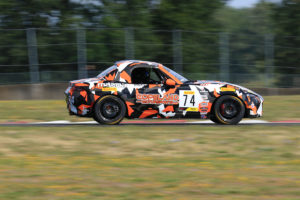 It was another winning weekend for Copeland Motorsports, this time at the Portland International Raceway. Taking on the TC Americas program, Mason Filippi and Tyler Maxson provided one win and four podium results over the weekend to once again show the true strength of the Maryland based team. Filippi led the way in his Hyundai Veloster N TCR with a win and a third while Maxson garnered two third place finishes, but challenged for the win on both days of competition.

“It was a great weekend in Oregon and time to head back east for our next event in only two weeks’ time,” explained Dean Copeland. “A big congrats to Mason for another win, his second with Copeland Motorsports, as well as Tyler for another job well done in his rookie season.”

Mason Filippi started his weekend off right by securing the TCR pole position and inside row one starting spot for Saturday’s wheel-to-wheel action. Holding the position, even though he did not have the fastest car on track, Filippi steered his Veloster N to the checkered flag, scoring his second win of the season since joining the team only two events ago. Looking to repeat his success on Sunday, Filippi found his way entrenched in a three-way battle for the win and though he was unable to come out on top, the Copeland Motorsports driver was back on the podium, this time in P3.

After a disappointing qualifying session that saw Tyler Maxson back in P4 in the TCA class, the young 14-year-old drove like a veteran as he battled for the win on both days of competition. Leading the race on Saturday and suffering from a spin with only ten minutes remaining, Maxson fell back to P9 but managed to dig deep and advance back forward to finish third. Sunday proved to be another spirited drive for the youngster as opening lap contact relegated him to the tail of the field before a masterful drive. Slicing and dicing his way towards the front, Maxson was in second on the final circuit as he made a bid for the lead and another TCA win. Trying to hold off the advances of the third and fourth place drivers, Maxson looked for a way around the leader as they both drove aggressive, but clean for the win. After contact was made and the dust had settled, Tyler was able to add another podium result, his second third place finish of the weekend.

Copeland continued, “The competition in TC Americas is tough and we have drivers and cars able to compete for the win at both Sonoma and Portland. As a team, we are really looking forward to the last half of the season to see what else we can accomplish before the year comes to an end.”

Copeland Motorsports will now shift into Battery Tender Global MX-5 Cup Presented by BF Goodrich Tire series mode as the next event is only ten days away. Set to take on the Mid-Ohio Sports Car Course alongside the NTT IndyCar Series and the complete Road to Indy, Copeland Motorsports is anxious and excited to get back on track in Lexington, Ohio.