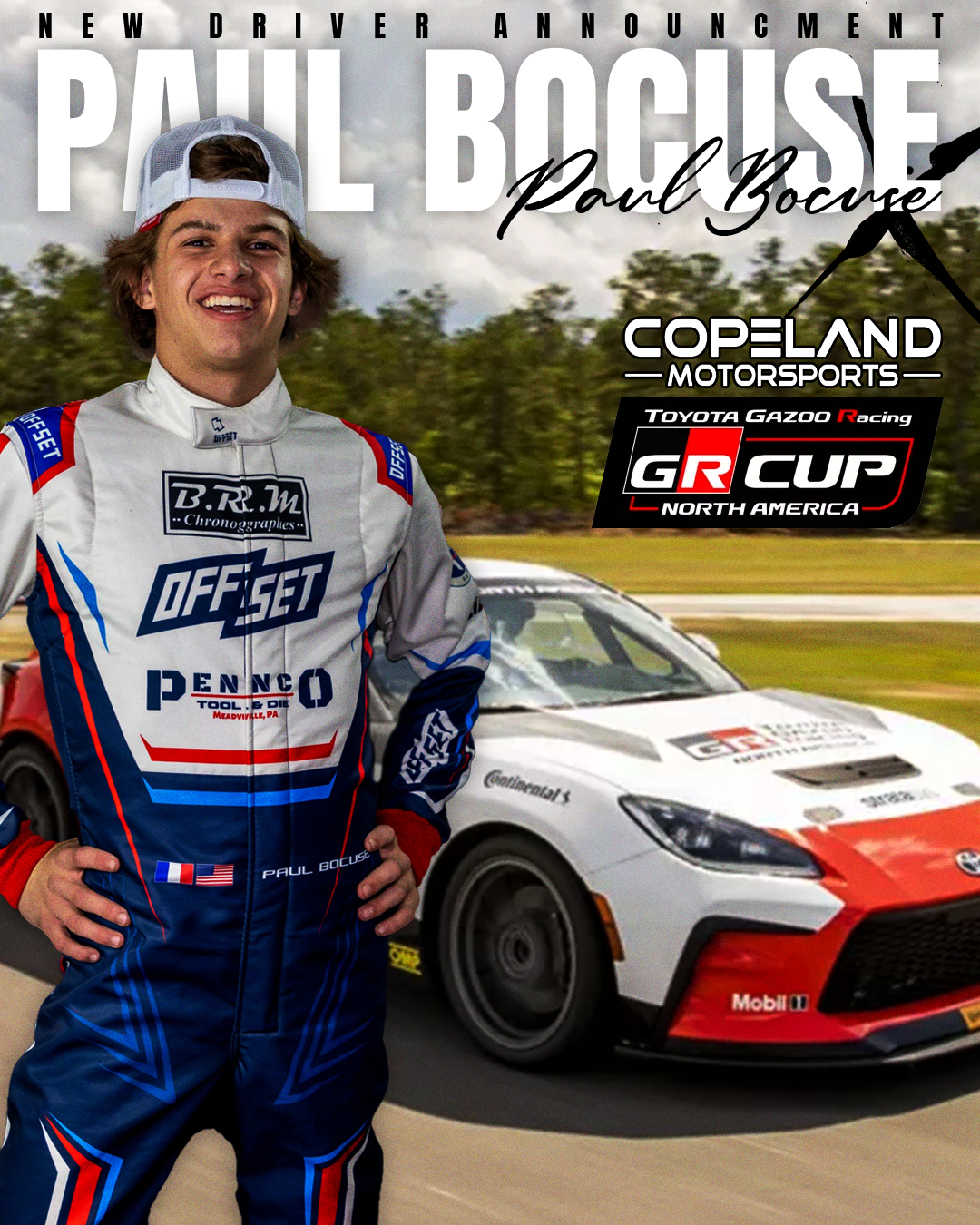 With traction being gained towards the newly announced Toyota GR Cup North America program in 2023, Copeland Motorsports is pleased to announce their first confirmed driver. Making the move from karts to cars, multi-time champion and perennial frontrunner Paul Bocuse will fly the Copeland Motorsports flag in the new program as he chases race wins, podium results, and the end of the year championship.

“Paul has been one of the top junior drivers in the country and turned some heads when he made the move to cars,” explained Dean Copeland. “We are happy that he chose our program, and I think he will be a threat from the very first event onwards.”

The Toyota GR Cup will be sanctioned by SRO America, an established leader in GT racing for the past 30 years. The GR Cup will offer affordable competition in fourteen events over seven prestigious circuits across the United States. This new racing series will help reinforce and validate the track inspired engineering bred into every Toyota GR vehicle. The GR Cup will also offer participants one million dollars in total purse and prizes thanks to several great partners that have teamed with Toyota Gazoo Racing North America in this unique series. While the racing is the most exciting feature, each event will also offer a great environment for camaraderie among like-minded car enthusiasts. From first class, exclusive hospitality to partner sponsored displays, it’s sure to be a celebration of everything car and racing enthusiasts love, car culture and motorsports.

“It is an honor to have the opportunity to race with Copeland Motorsports,” explained Paul Bocuse. “Copeland has been synonymous with winning, and I have been teammates with many drivers that have gone through or are involved in their program. Winning at every level, they will be one of the top teams in the series, and my goal is to be one of the top drivers.”

Competing at high profile circuits throughout the United States, Copeland Motorsports and Paul Bocuse will see action at Sonoma Raceway, Circuit of the Americas, VIR, the Nashville Street Circuit, Road America, Sebring International Raceway and the holy grail, the Indianapolis Motor Speedway. Kicking off in March of 2023 and concluding in October, it will be a jam packed and exiting season for the program.

Copeland added, “Our goal is to win, and we think Paul can accomplish that task. We are confident in a very strong program and look forward to future announcements.”