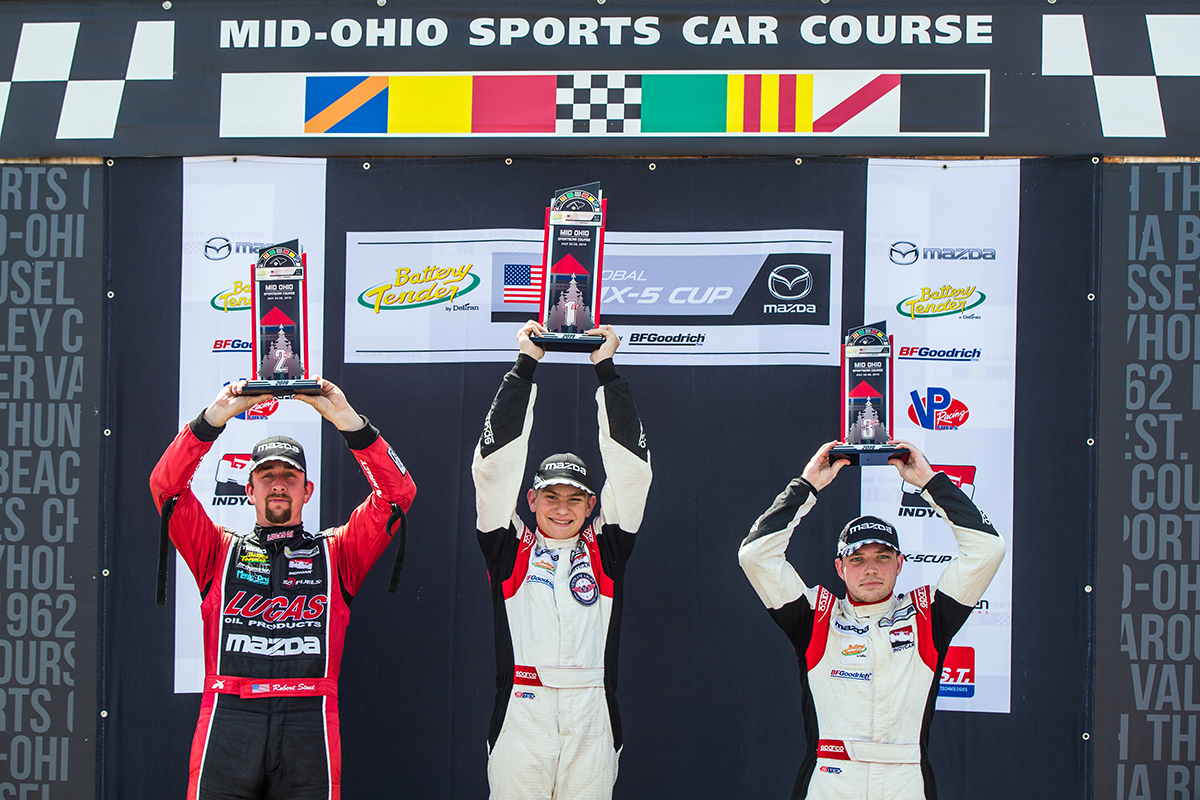 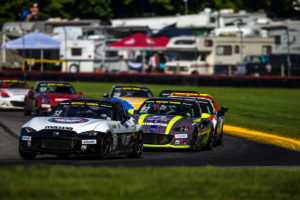 Claiming the Battery Tender Global MX-5 Cup Championship Presented by BF Goodrich Tires as well as Rookie of the Year honors in 2019, Copeland Motorsports is looking to repeat in 2020. With five drivers confirmed for the upcoming season, Copeland Motorsports is pleased to welcome Global MX-5 Cup race winner and championship contender Robert Noaker to their team as he looks to carry on both his, and the program’s, success in 2020.

“Robert was one of those drivers that you could not count out each and every weekend. He was a driver that we hated to compete against, but would love have on our team,” explained Dean Copeland. “Robert will be an instant threat for the title in 2020, and we are expecting very big things from him. I am confident that he will fit right in with our program and continue the success we have had.

Robert started racing karts at the age of five and at the age of twelve he received a waiver to attend the Skip Barber Racing School for Mazda MX-5s. He had one win and multiple podium finishes that season; finishing second in the points and was chosen as the Rookie of the Year by the series.

In 2017, at the age of thirteen, the Noaker’s Auto Body backed driver started racing Spec Miatas in NASA. That year, he put 10,000 racing miles on his Spec Miata competing in four different regions. Robert went on to win four races, have two pole positions and sixteen podium results.

In 2018 Robert made the switch to the Battery Tender Global MX-5 Cup Series, at the age of fourteen. Scoring his maiden win in his rookie season at the Mid-Ohio Sports Car Course in July of 2018, Robert became the youngest winner in the series history and managed to secure recognition in the Guinness Book of World records for the youngest winner of an IndyCar sanctioned race.

In 2019, Robert added more race wins to his resume as he topped the podium at Road America and again at Mid-Ohio finishing fifth in the year end point standings.

For more information on Robert Noaker, please visit him online at www.RobertNoaker.com or follow him on social media by searching @RobertNoaker.