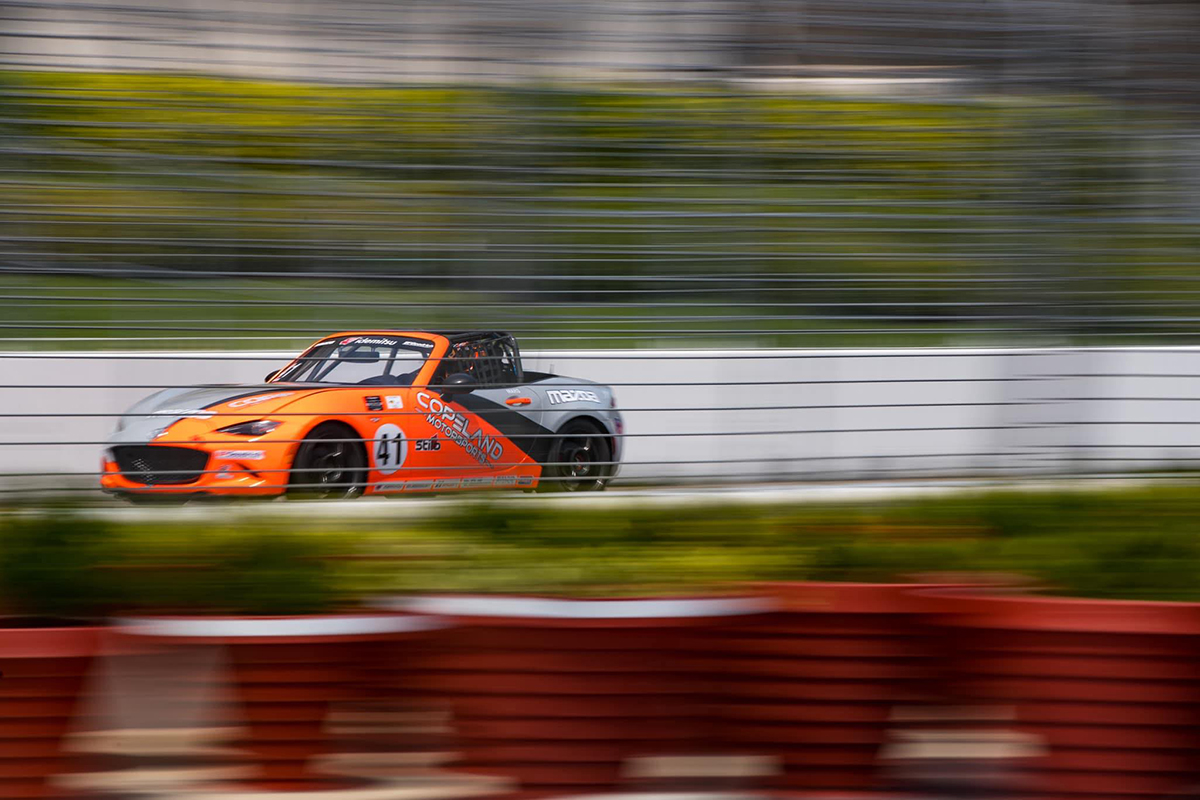 With a pair of Mazda MX-5 Cup drivers in their program this past weekend, Copeland Motorsports traveled to the famed 4.014-mile Road America in Elkhart Lake, Wisconsin with Luca Mars and Dan Williams. Taking on rounds nine and ten in the Idemitsu Mazda MX-5 Cup Presented by BFGoodrich, Mars scored the team’s best result with an eighth-place finish on Sunday despite running well inside the top-ten in both Friday and Saturday races.

“The Mazda MX-5 Cup is tough this year as the talent is far greater than it has been in the past,” explained Dean Copeland. “With a pair of rookies, I think we did well, and we will continue to push to do better.”

With a couple practice sessions on Thursday, Mars would lead the Copeland Motorsports duo on Friday morning with a ninth-place result in qualifying. Dan Williams struggled with the lack of draft in qualifying and fell to 18th on the results sheet. Hoping to move forward in the first wheel-to-wheel action of the weekend, both drivers fell back slightly with Mars crossing the line in the twelfth position while Williams ended his Friday in P19.

Back to the track on Saturday, both drivers were able to improve from the race one efforts to earn their best result of the weekend. Mars battled well inside the top-ten before finishing in the eighth position as Williams moved forward to solidify a 16th place result.

Copeland continued, “The top eight drivers finished within 1.7 seconds from one another in race two, so the speed was there for Luca. We lost a little bit in the chess match as the draft means so much here. It was an experience and knowledge building weekend that will be beneficial for the future.”

The Copeland Motorsports Mazda MX-5 Cup program will enjoy a one month hiatus before competing at the 2.238-mile, eleven turn WeatherTech Raceway Laguna Seca over the September 10-12 weekend in Monterey, California.