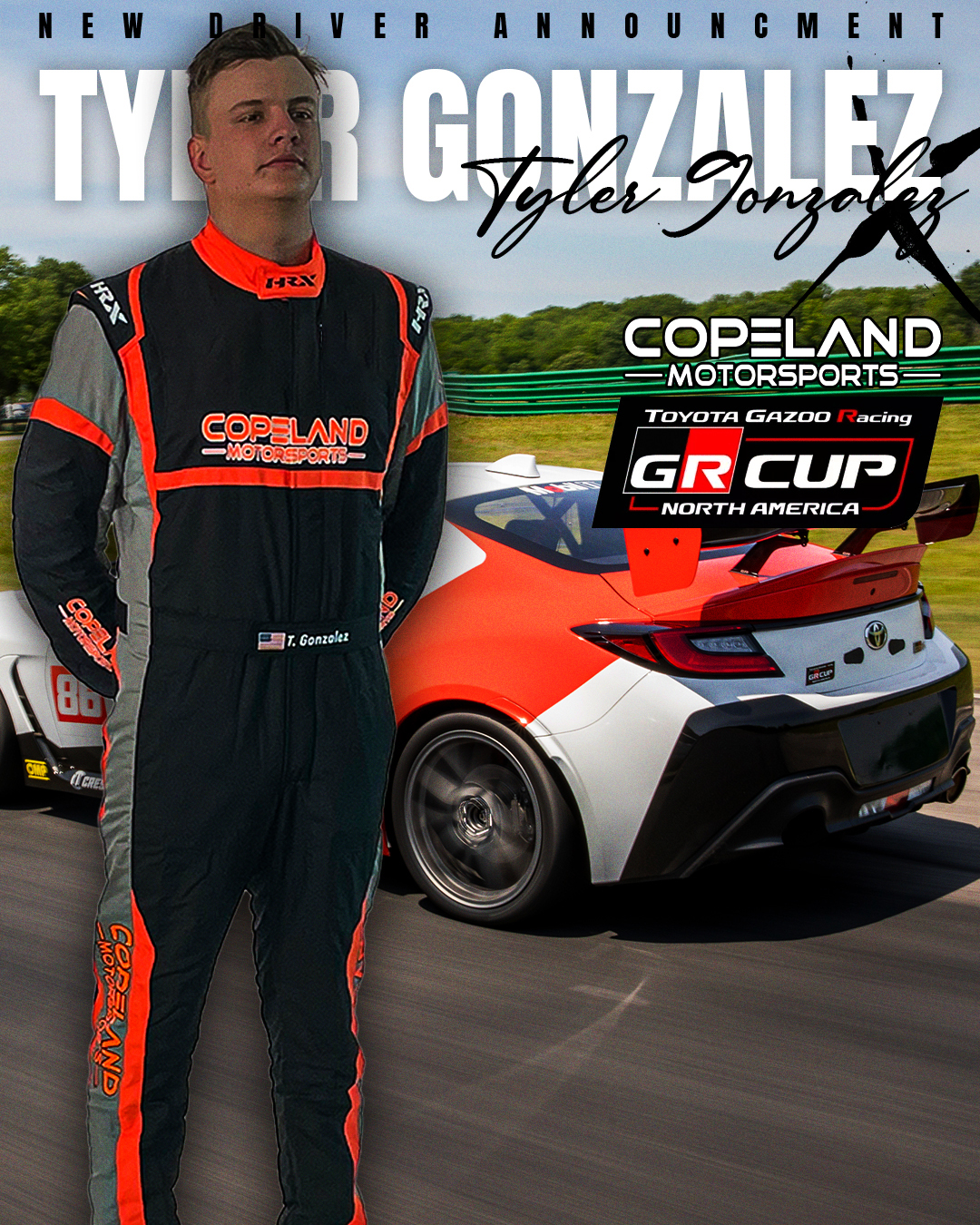 With the inaugural Toyota GR Cup North America program on the horizon, Copeland Motorsports has once again strengthened its program for the 2023 race season. A fixture at the front of the field no matter what he gets behind the wheel of, multi-time race winner, champion, and Toyota development driver Tyler Gonzalez has chosen Copeland Motorsports for 2023.

“The Toyota GR Cup North America is a very intriguing program, and it caught my eye when they first launched the series several months ago,” expressed Tyler Gonzalez. “The venues, the series we will race alongside, and the prize package are incredible. For me, to be able to race in this program and with Copeland Motorsports made the choice easy.”

“I am confident that our equipment will be at the front of the field with our pre-race preparation, and I know Tyler can wheel a car and battle with the best of them,” explained Dean Copeland. “We have proven to be a powerful combination in the past, and we will not let up as we drive into the future and a new season of competition.”

Gonzalez added, “Thank you to Toyota Racing Development (TRD) for this great opportunity, and for providing one of the most appealing series and prize packages available in racing today. Of course, a huge thank you to Dean, Kevin, and the entire Copeland organization for always believing in me. We already know what this team can do in terms of providing me with the best car every weekend, and I look forward to another great year of racing with my Copeland family, this time under the Toyota banner!”