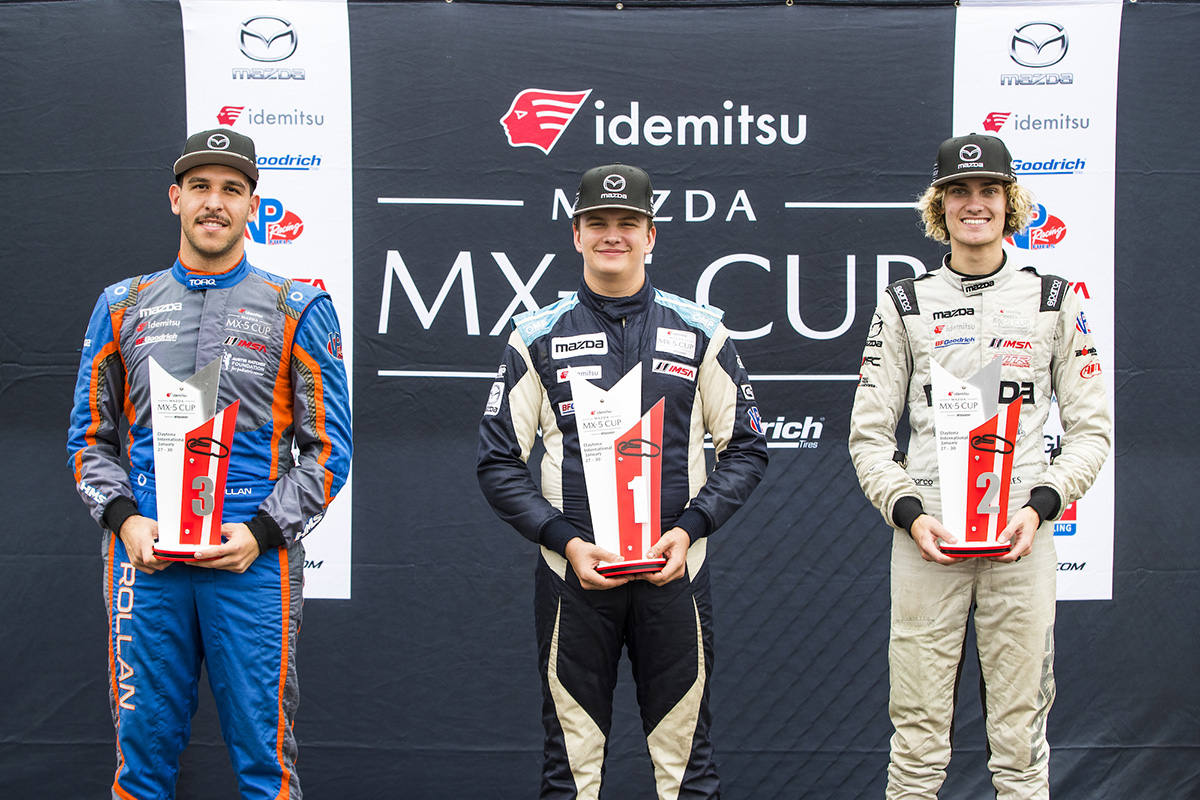 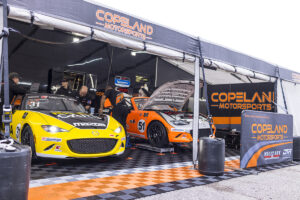 In a weather filled weekend that featured periodic showers, fog and a late race on Thursday afternoon, Copeland Motorsports was victorious in the opening round of the Idemitsu Mazda MX-5 Cup Presented by BF Goodrich schedule. Tyler Gonzalez steered his #51 entry to the win on Thursday afternoon while the Maryland based program earned three top-ten results in the double race event.

After a less than average qualifying effort on Thursday afternoon that saw all four Copeland Motorsports entries twelfth or worse, the team went to work once wheel-to-wheel action began as they immediately began to work their way forward. By the end of lap one, Gonzalez worked his way up to the sixth position while Max Opalski moved from 13th to 11th. Taking advantage of some momentum loss by their fellow drivers, Jameson Riley and Matt Curry were also able to move forward in the damp and difficult conditions.

It was an intense battle up front for the entire forty-five-minute race as rain continued to fall and the daylight disappeared. Not accustomed to running in darkness, it was the experience that reigned supreme as the race wore on. With one lap to go and drivers positioning themselves in the high-speed game of chess for a run to the flag, Gonzalez would slot into the second position and take time to make his bid for the lead.

“Tyler played the game perfectly,” explained Team Owner Dean Copeland. “He ran seven/eighths of the final lap in second and popped at the last minute to move to the inside and take the checkered flag by .062 for his first win of the season. It was a complete and total team effort, and I could not be prouder of all of our guys for their continued hard work.” 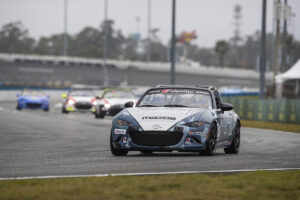 It was Max Opalski who scored the team’s second top-ten of the race as he made his series debut. After starting 13th on the grid, Opalski had a great race as he advanced forward to earn an eighth-place finish. Jameson Riley and Matt Curry ran into some trouble during the challenging weather conditions and while they continued to gain experience, both completed the full race distance in 23rd and 25th respectively.

Race two would see Riley lead the way for Copeland Motorsports quartet as he was able to rocket his way into the top-ten and score a ninth-place finish. In one of the only dry weather tire sessions on the weekend, Riley proved that he will be a force for results as the 2022 season moves forward. Gonzalez would run in the top-five early but contact that resulted in a drive through penalty ruined any chances of a good result. In a race that was littered with yellow flags that slowed the overall pace, it was nearly impossible to make headway to the front and Gonzalez would eventually be classified in 20th. Matt Curry improved from race one’s results in race two to finish 21st while Opalski was involved in an incident that was no fault of his own and was forced to retire from the race.

Copeland added, “Not the way we wanted to finish the weekend, but I think we turned some heads in our return back to the front of the field. Great job by Jameson in race two to carry the Copeland Motorsports flag to a top-ten result. The focus now shifts to our next event in less than one month on the Streets of St. Petersburg.”

With another Mazda MX-5 Cup car available for future events, Copeland Motorsports has one spot for an additional driver throughout the 2022 race season. 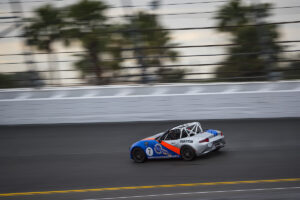 With the start of the 2022 season this weekend, Copeland Motorsports will continue to look to add to their Idemitsu Mazda MX-5 Cup Presented by BF Goodrich driver lineup for the rest of the season. Interested parties are asked to contact Dean Copeland and Copeland Motorsports.