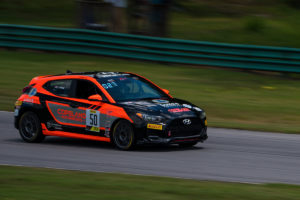 It was another winning weekend for Copeland Motorsports, this time at the Virginia International Raceway (VIR). Scoring six podium results including four victories, Copeland Motorsports drivers currently lead the way in the TCR championship battle and sit second in TCA after five races. Teenagers Tyler Maxson and Tyler Gonzalez both topped the podium in their respective classes with Maxson sweeping the weekend in TCR.

“A nice solid weekend in Virginia and a great way to restart the 2020 season,” explained Dean Copeland. “It wasn’t at all easy as we overcame a few major issues but pulled together as a team. I definitely owe the guys dinner and a night out.”

Tyler Maxson was the driver to beat in TCR scoring the pole position on Friday and then all three race wins over the weekend. In control all weekend long, Maxson overcame both braking and electrical issues to add to his growing win total and take a commanding point lead. Scoring two wins earlier in the year at the Circuit of the Americas, Maxson is now five-for-five in 2020. 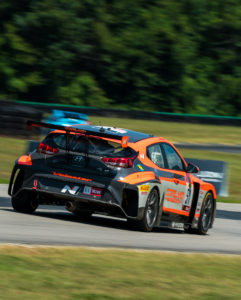 TCA driver Tyler Gonzalez scored three podium results including a race win on Sunday. After enduring power issues on Wednesday and Thursday, an overnight engine swap was in order as the team needed to purchase a Hyundai Veloster Turbo R Spec from a local car dealership to complete the task. Qualifying sixth after the engine change, Gonzalez steadily improved throughout the weekend to finish third on Friday, second on Saturday and topped the podium blocks on Sunday.

Fellow TCA and Hyundai driver Luke Lange made his series debut and went on to score a top-five finish on Saturday but collected three top-ten finishes over the weekend. Gaining experience with each passing lap, Lange will be a threat as the season rolls on.

Copeland Motorsports newcomer Alex Papadopulos joined Maxson in the TCR class and progressed well through the five on track days at VIR. Garnering his best result during Sunday’s final on track session, Papadopulos claimed a fifth-place finish in his first event weekend with the team.

Copeland continued, “It is very cool to see all our success with multiple drivers and multiple classes, and it is proof that the hard work pays off. Both Tyler Maxson and Tyler Gonzalez have been impressive scoring seven wins between them, and it was great to welcome both Luke and Alex to the team and assist them in top-five results.” 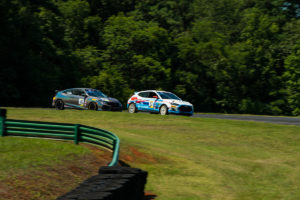